by Janet Reynolds and Andrée Poppleton

Jon Gary Steele helped make the Outlander TV show a fan and critic favourite, overseeing set design and creating some amazing sets. This tribute post looks back at some of his most memorable sets.

Yes, you need a good storyline (thank you, Diana Gabaldon), impressive actors (Sam Heughan, Caitriona Balfe and so many more) and terrific costumes (Terry Dresbach, you are a costume goddess) to make an award-winning TV show like Outlander. But if the sets don’t work, the rest can be for naught.

Enter Jon Gary Steele, an absolute wizard with set design. From Lallybroch to Master Raymond’s apothecary and the Star Chamber to the Print Shop, River Run and Fraser’s Ridge, Steele has floored us each and every Outlander season.

He announced after Outlander Season 5 wrapped production, though, that this was his last season on the show, prompting cries of “Say it isn’t so!” from around the globe. Some fans saw this announcement as the beginning of the end, that the show wouldn’t be renewed past Season 6. Book readers were only a little more relaxed about the announcement because they know that upcoming seasons might not have some of the design challenges of previous seasons. Maybe Steele just felt he had done all he needed to.

Whatever the future brings, we wanted to take this moment to say thank you and take a look back at some of the magic Jon Gary Steele created in his years on Outlander. And so, without further ado, let the tribute begin!

Before the first hammer hits a nail, you need models. Here are some of Steele’s as he envisioned the Great Hall and Castle Leoch. 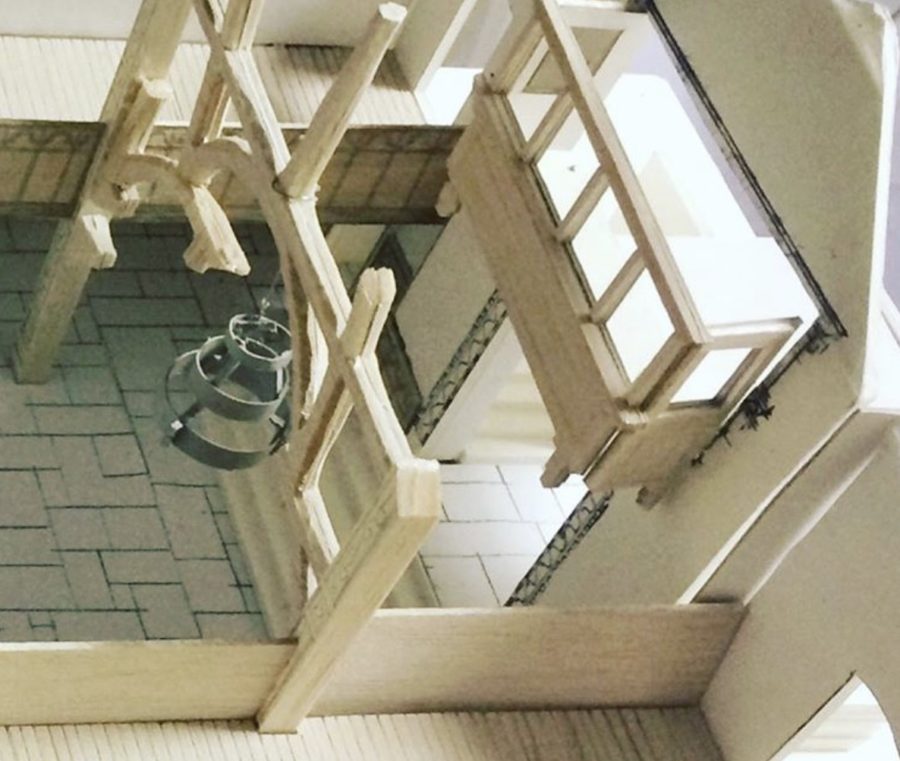 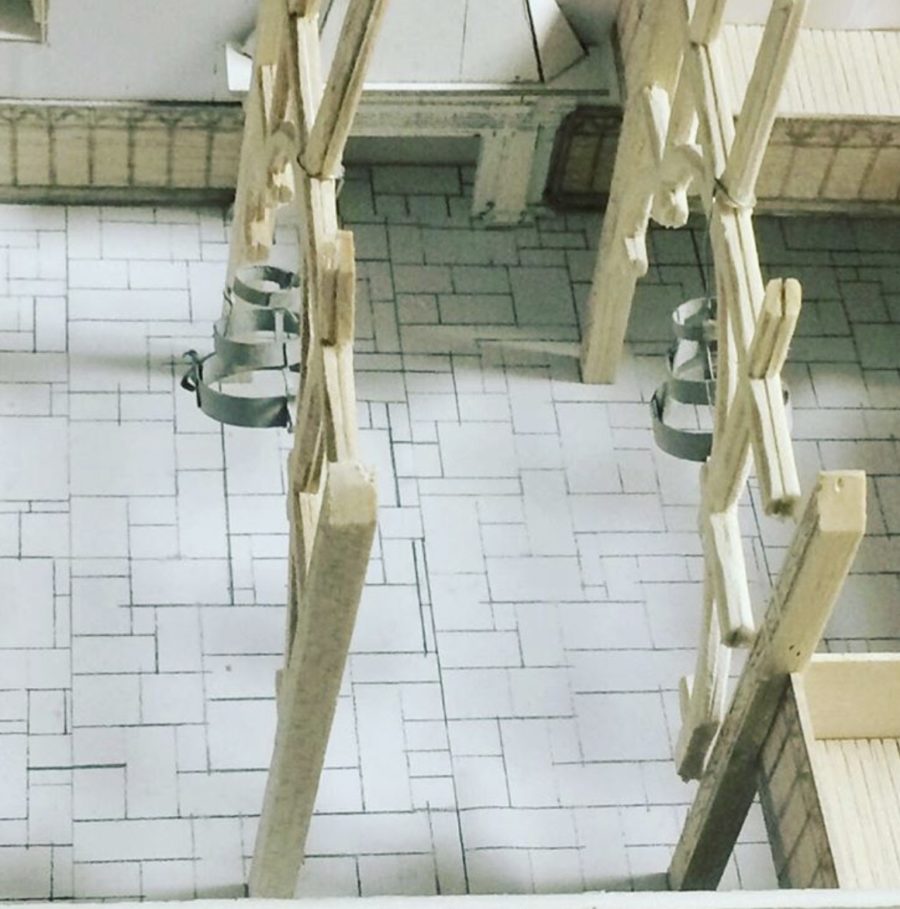 Castle Leoch was just the beginning of Steele’s wizardry in Outlander Season 1. He also created Lallybroch.

If you needed proof that Steele is a man of versatility, you need look no further than Outlander Season 2 where he created an 18th century apothecary, a French palace and elaborate Star Chamber for the King, as well Scotland and a Boston apartment circa 1960.  What???

Steele, who has a degree in architecture, shared some of his thought process as he began to conceive of Claire and Jamie’s life in Paris. 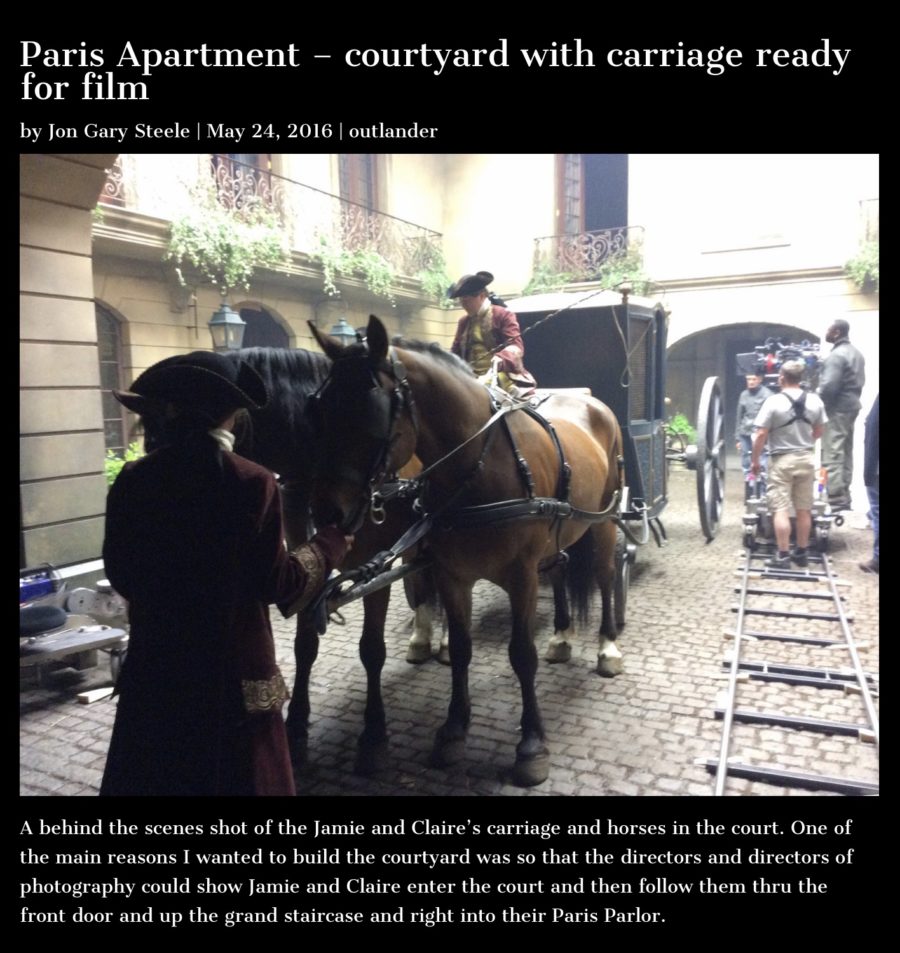 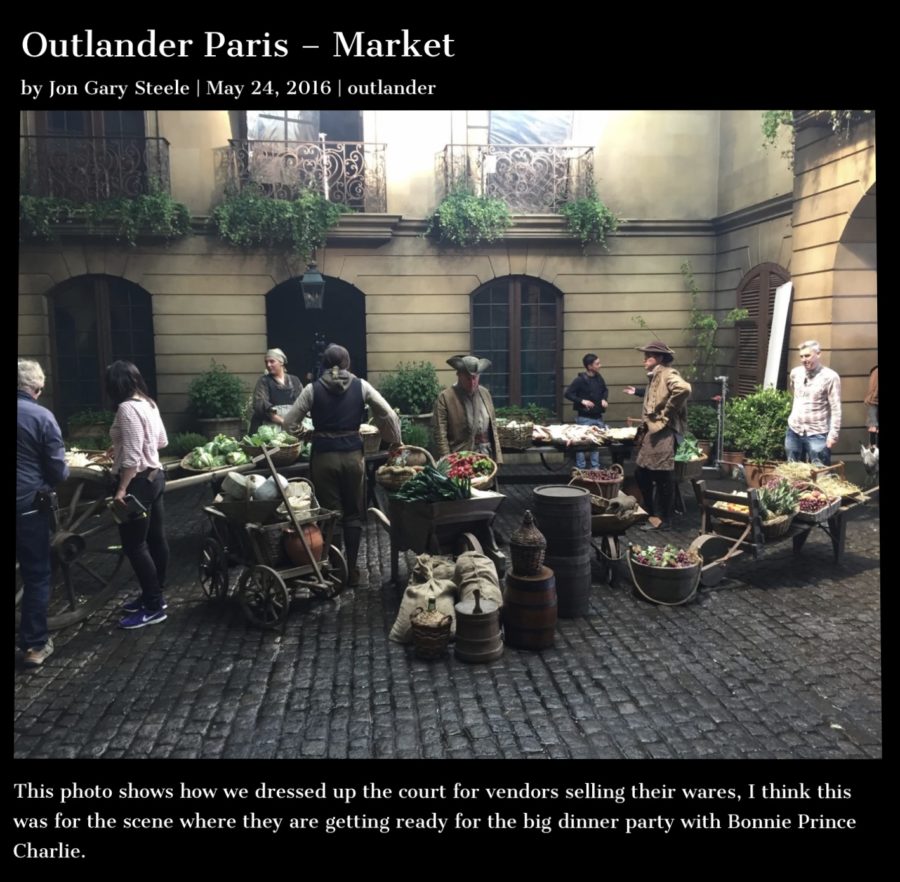 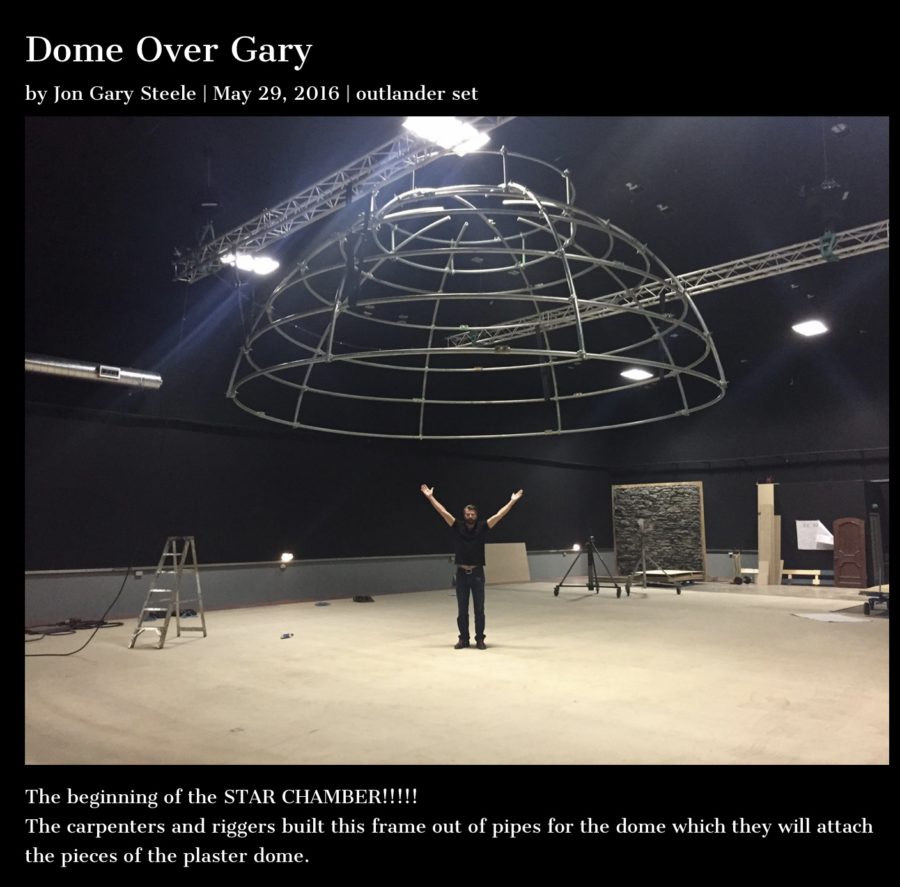 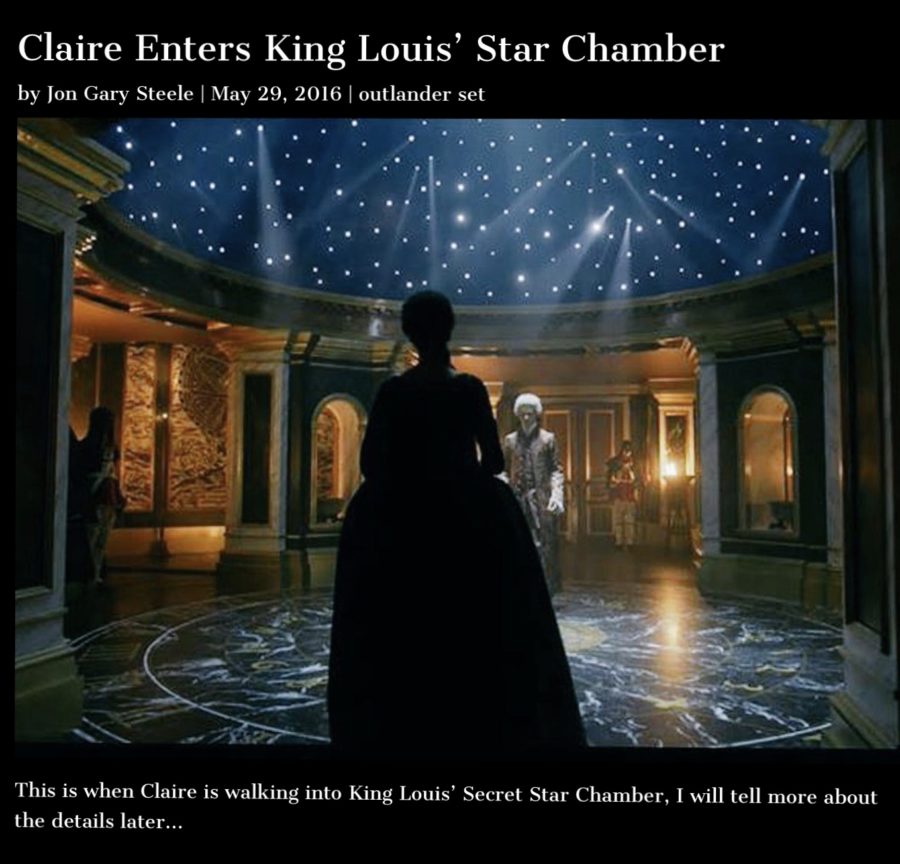 You can see more of Steele’s behind-the-scenes prep for Outlander on his website. So worth a visit!

In Season 3, Steele had to do some time traveling himself, making sets for both the 20th and 18th centuries. No worries. Steele made a Boston apartment we all would want to move into, including adding Christmas elements at the last moment as the story line evolved. 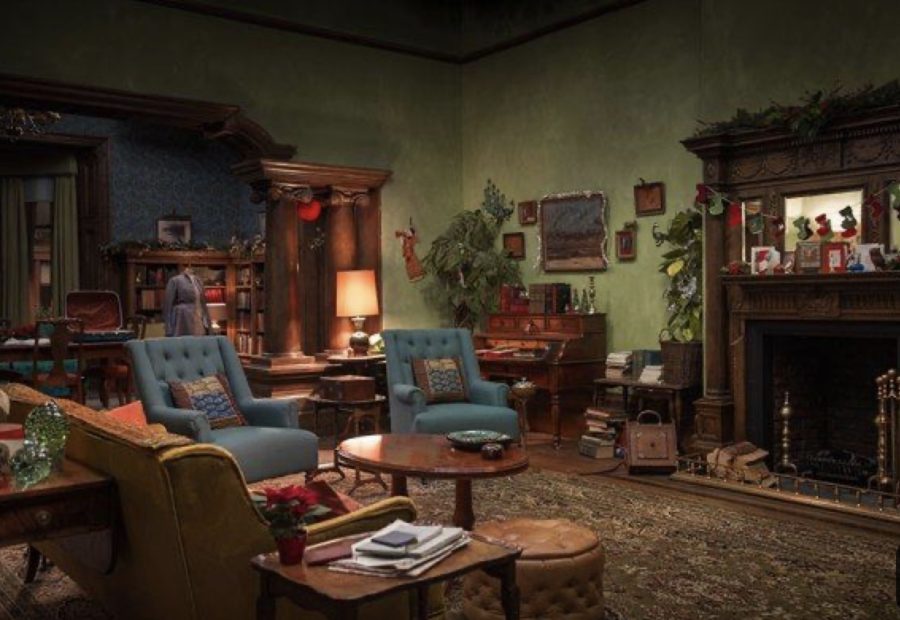 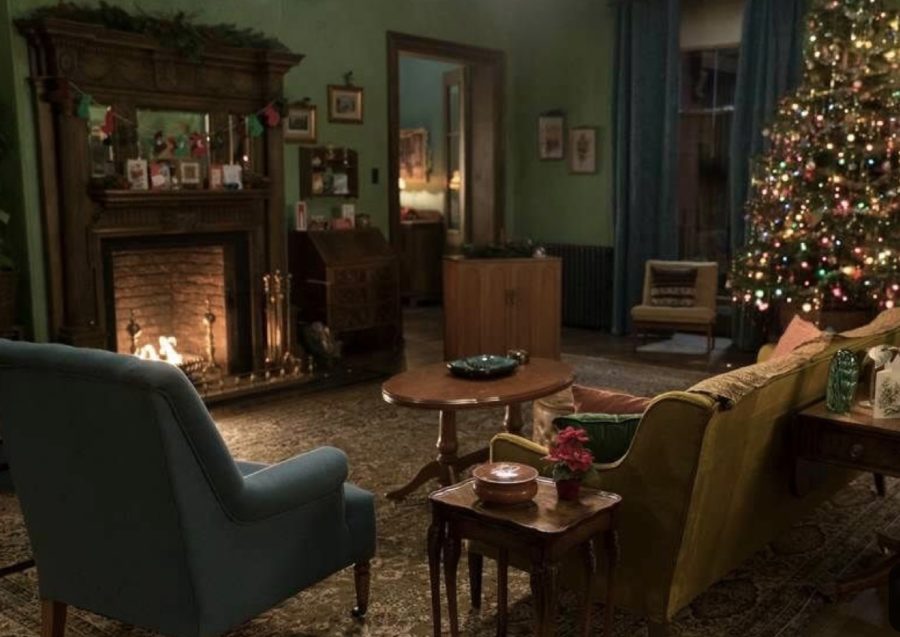 Steele also created the magical Print Shop where one of the best scenes of the series was to occur — the reunion. Some people might have been content with a simple wooden sign. Not Steele. The shop sign alone was a mini-story, filled with messages and meaning. 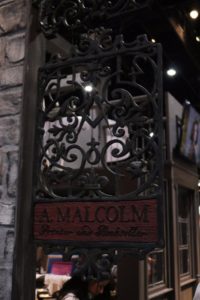 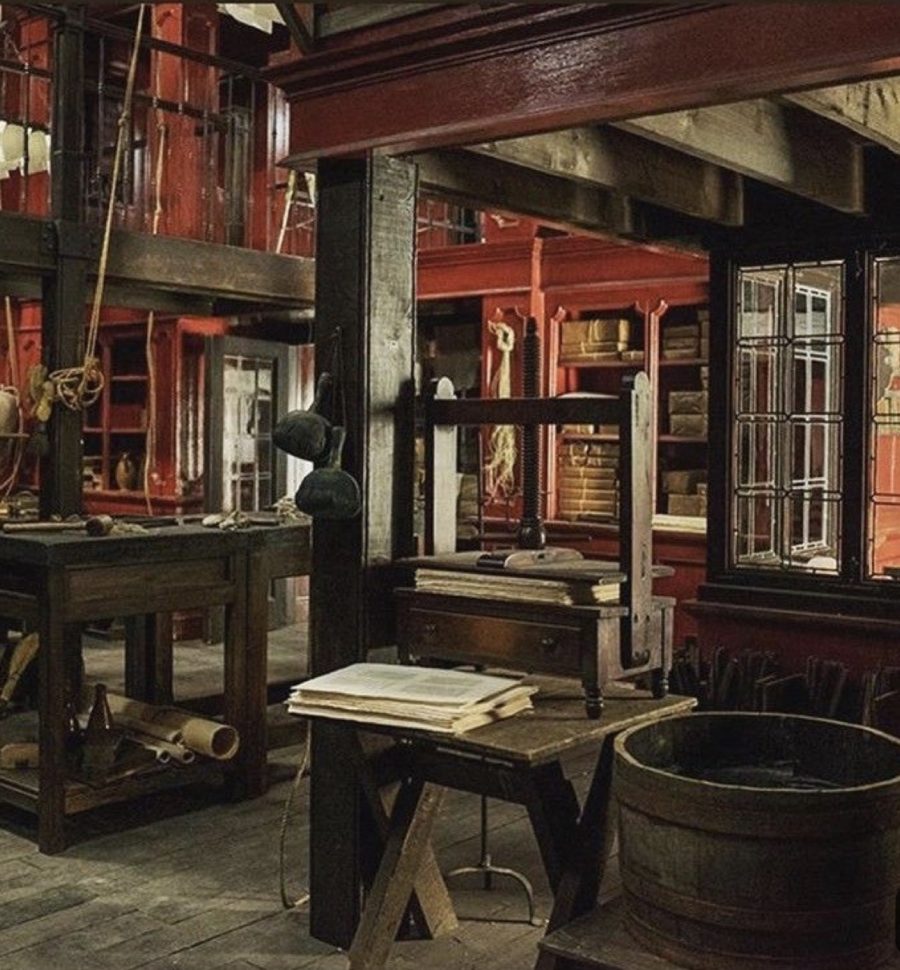 In Outlander Season 4, we moved to America and the impressive River Run. Oh, and Fraser’s Ridge, the place just about every Outlander fan fantasized about moving to after watching an episode.

Even from the outside Claire and Jamie’s home on Fraser’s Ridge is swoonworthy. 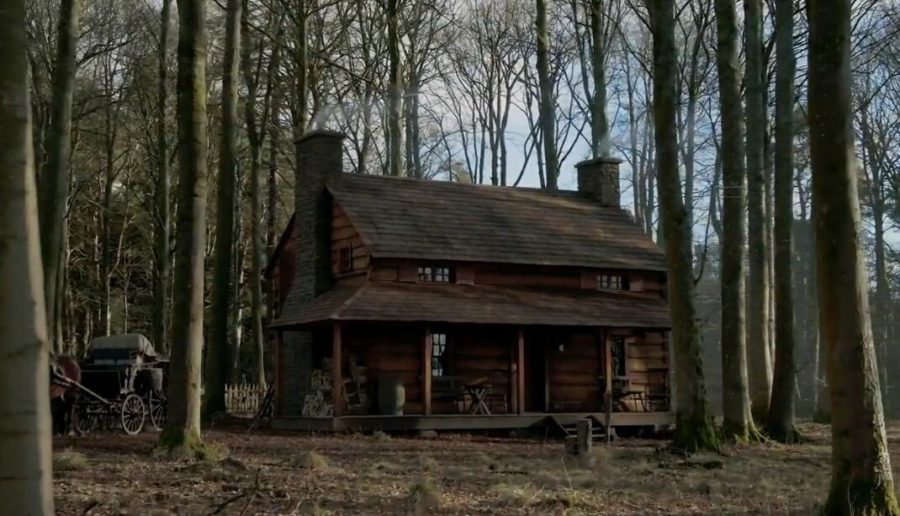 And then you go inside…..and wonder why you ever thought your home was well-decorated and that maybe rustic living isn’t so bad after all. 🙂 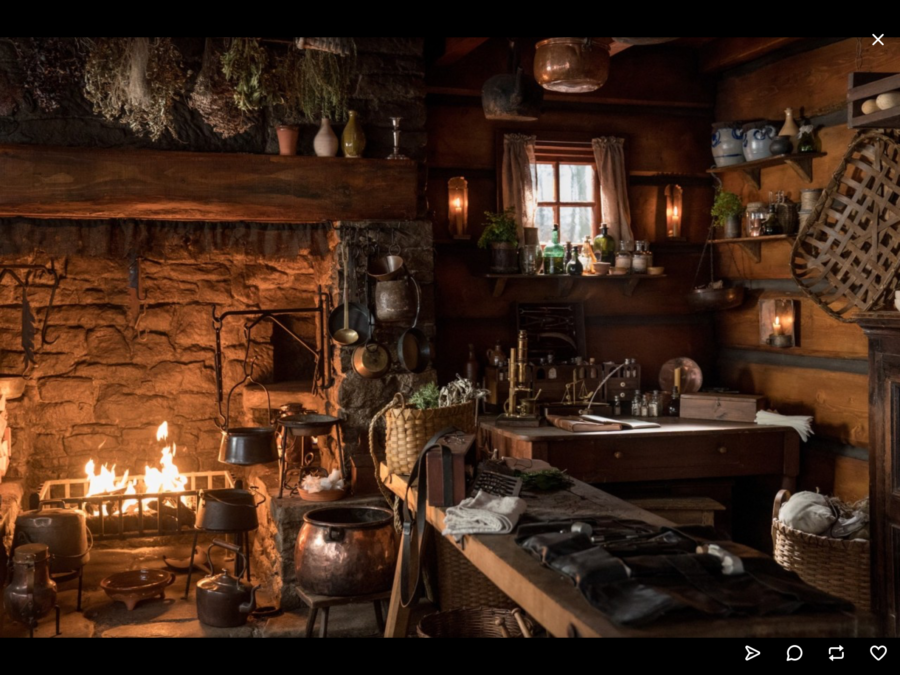 So here we are, awaiting Outlander Season 5. As fans worry about story lines — will the Murtagh change screw up other story lines? will Book Roger push aside TV Roger so we can all like him again? — there is one thing we can all relax about: We know the sets will be amazing and right on the money. And so, we say thank you Jon Gary Steele — for your attention to detail, for your incredibly creative mind and talent, and for bringing our beloved books to life. God speed. We’re already cheering for your next endeavor.