(First posted at outlandercast November 2018)
Well, it’s been a long time coming. Droughtlander is a thing of the past and we’re all hunkered down in our living rooms (or beds?) watching Outlander Season 4’s opening episode, ‘America the Beautiful’ on repeat, right? With a wee dram? Maybe?

I was especially keen for this series to start because I spent lots of time during my Scottish “gap year” traipsing around the countryside in all weathers to watch my favourite TV show being filmed. There were fun times and frustrating times — it was often cold, wet and muddy — and yet, there was always a group of really friendly people in the same place doing likewise. I met and made friends with lots of folks, and many of them are helping me now in my quest to bring you some of the flavour of what goes on behind the scenes during the filming of the episodes.

Obviously, there are limits to this. We’re not professional photographers with fancy cameras, and often we are a long way from the action, just trying to catch a glimpse. And sometimes, with indoor locations, you can really only catch and maybe interact with the cast when they are coming and going from their work. And, I have to say the actors were very generous with fans in that department.

The opening scenes of Outlander Episode 401, “America the Beautiful,” are set in the purpose-built town that has been constructed in an old quarry near the Outlander studio. The producers and designers have commented that the Scottish scenes were easy (relatively) to locate as castles and stately homes are in abundance all over Scotland, but they had to create a place to look like an early American town. Caitriona Balfe commented on what fun it was to work on a “movie set.”

Next, the graveyard scene where Claire, Jamie and company discover that the new ultra-charming (at this point), ultra-bad (to be discovered at the end of the episode) guy, Stephen Bonnet, has stowed away in their wagon next to Hayes’ body. That was my first look at Outlander Season 4 filming. It was shot at Gray Buchanan Park, in Polmont, about half an hour from Glasgow, in late October 2017. Social media channels started to light up a couple of days ahead with locals noticing some unusual happenings in their park, and we heard that the action was to take place over two nights. 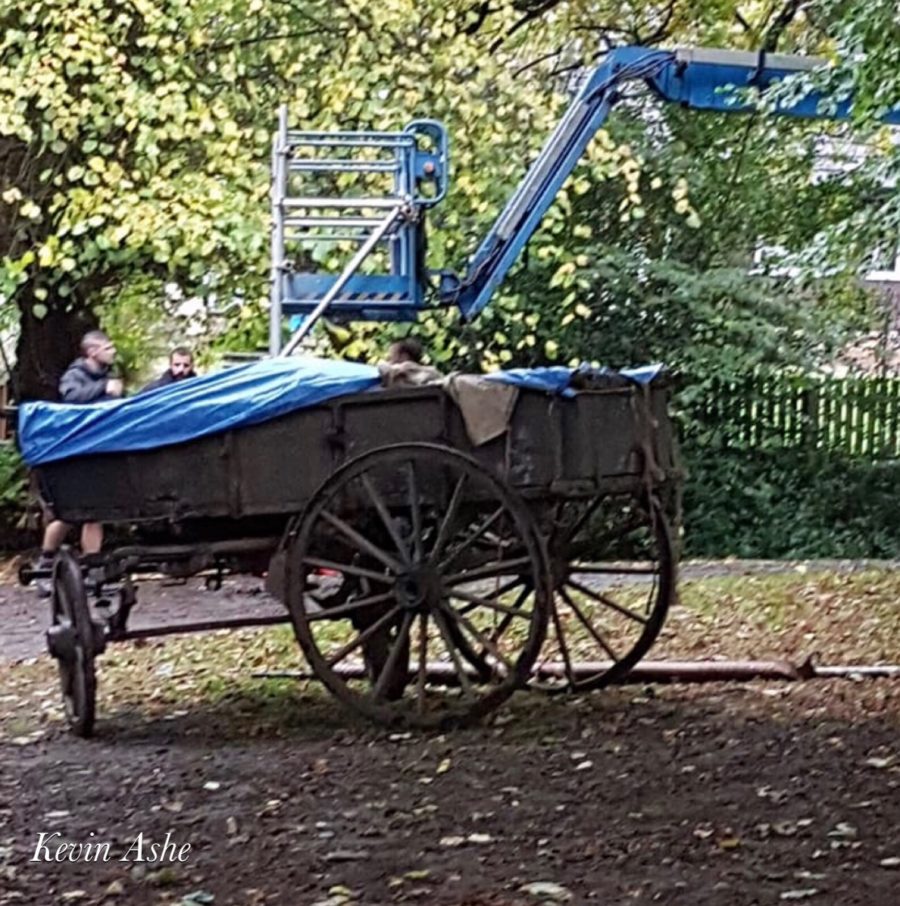 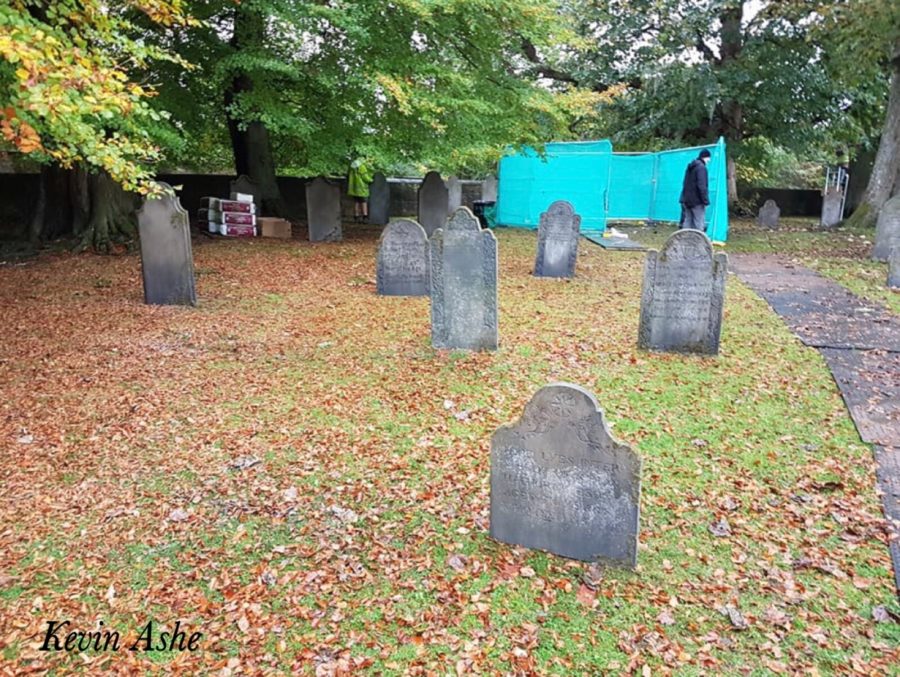 It was rainy and pretty cold, yet on screen we saw the actors portraying a steamy warm night in that spooky place. You have to marvel at that, but they are actors, after all. To create that feeling of warmth, they even had “Spanish moss” hanging from the trees! 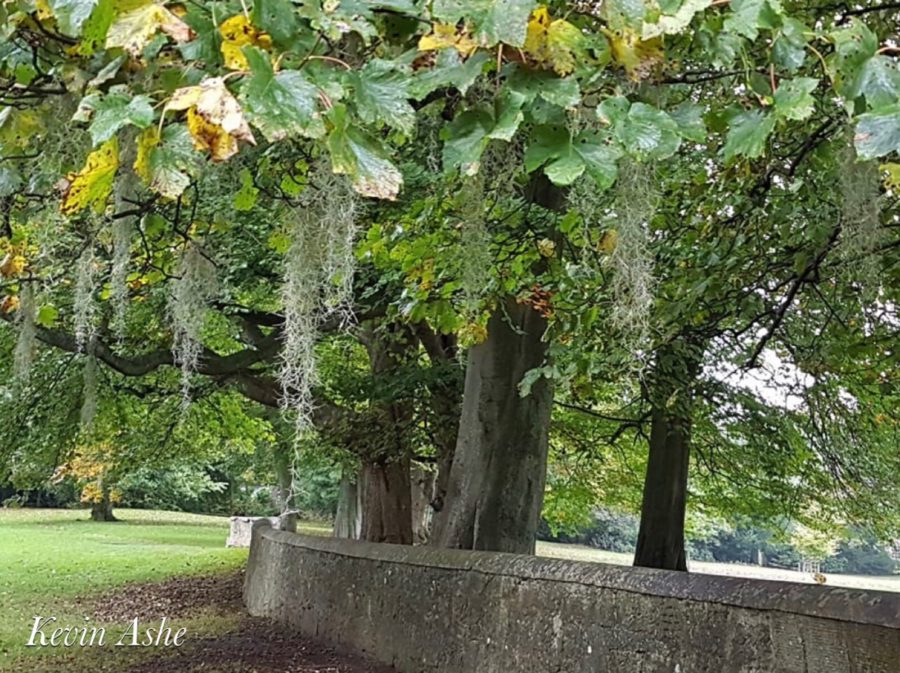 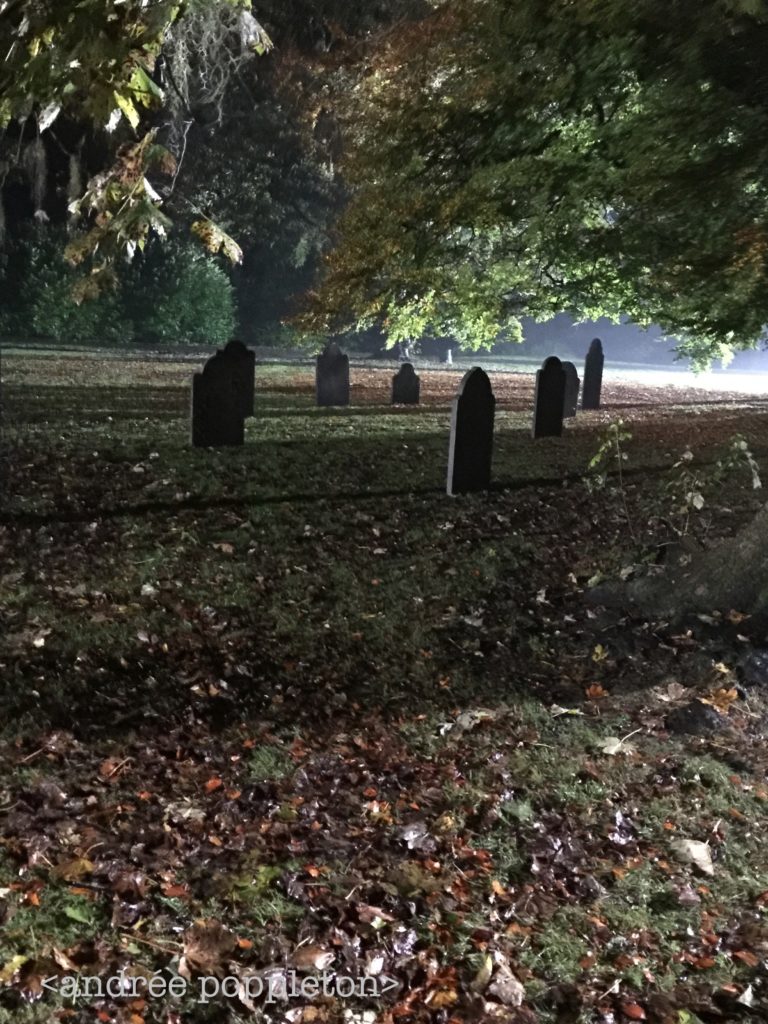 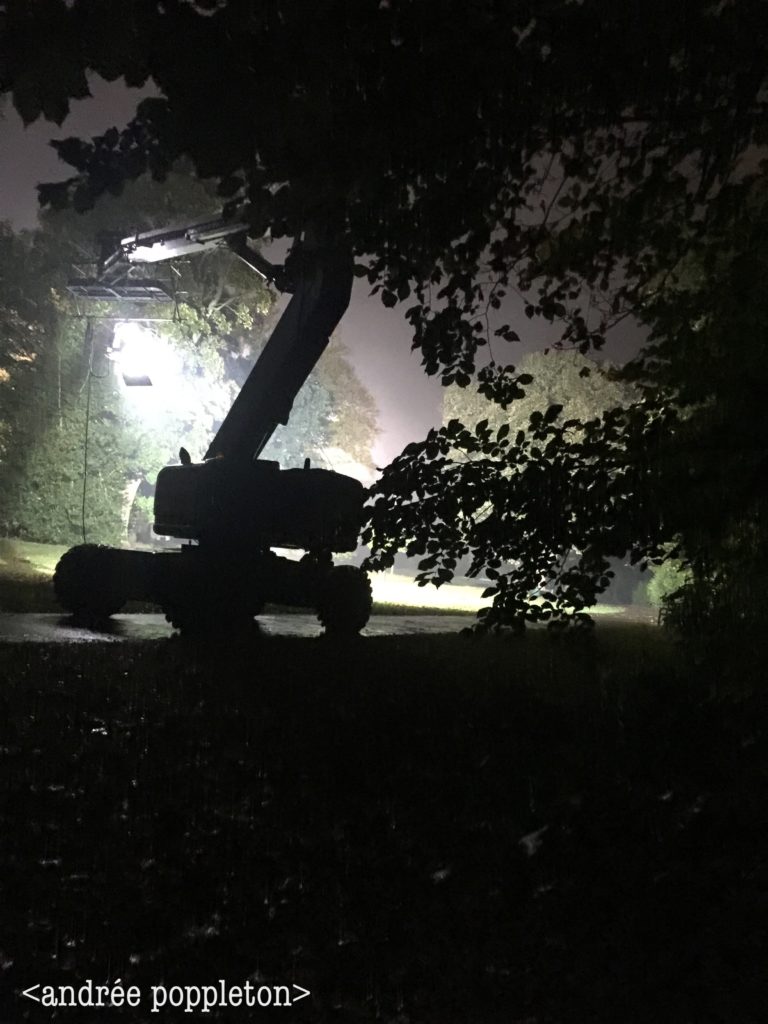 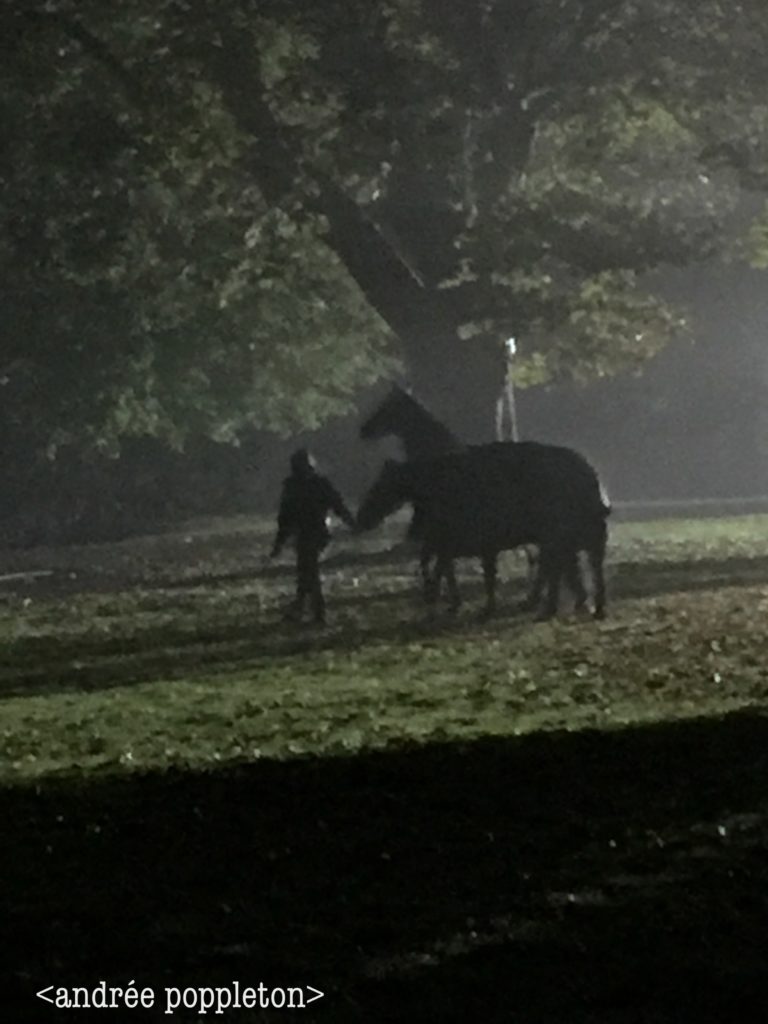 The reality was that between takes, the actors had umbrellas held over them and when “rolling” was called the umbrellas were whisked away. It’s hard to imagine how we cannot see the rain on the final film. Wonders of modern technology, no doubt. 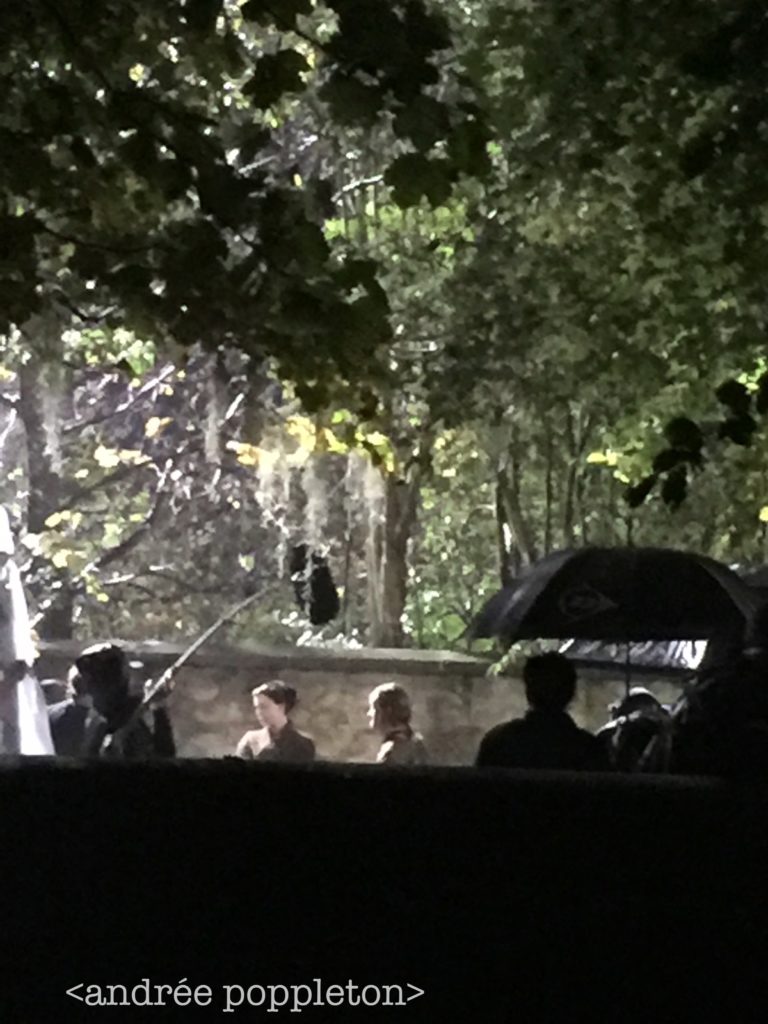 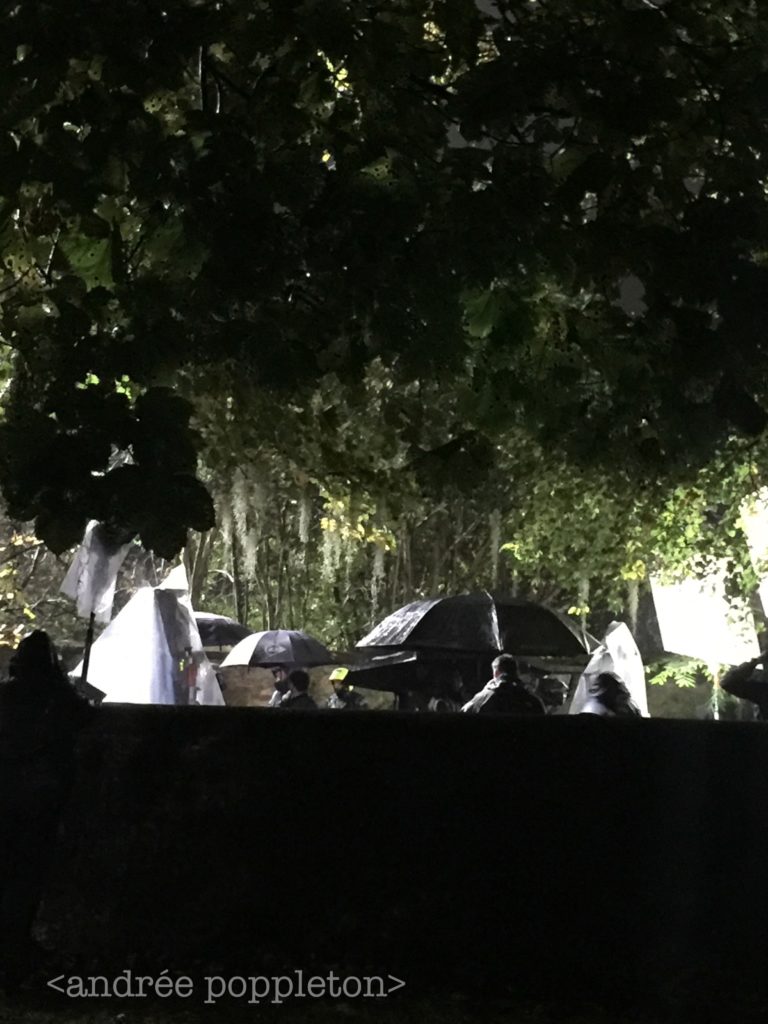 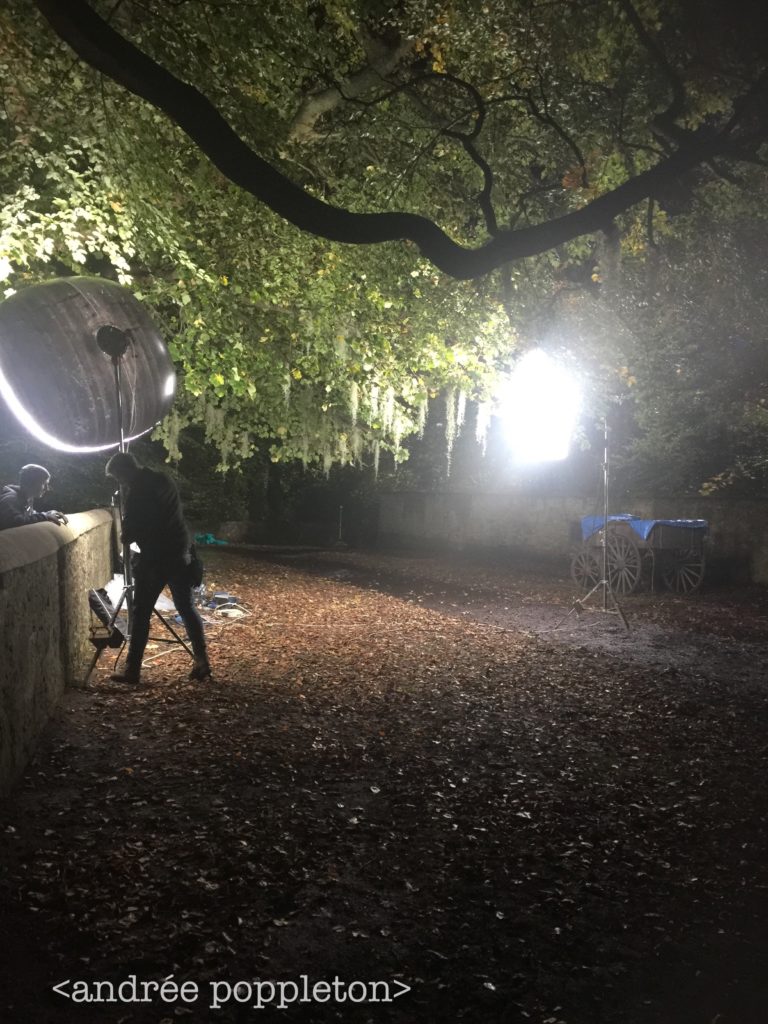 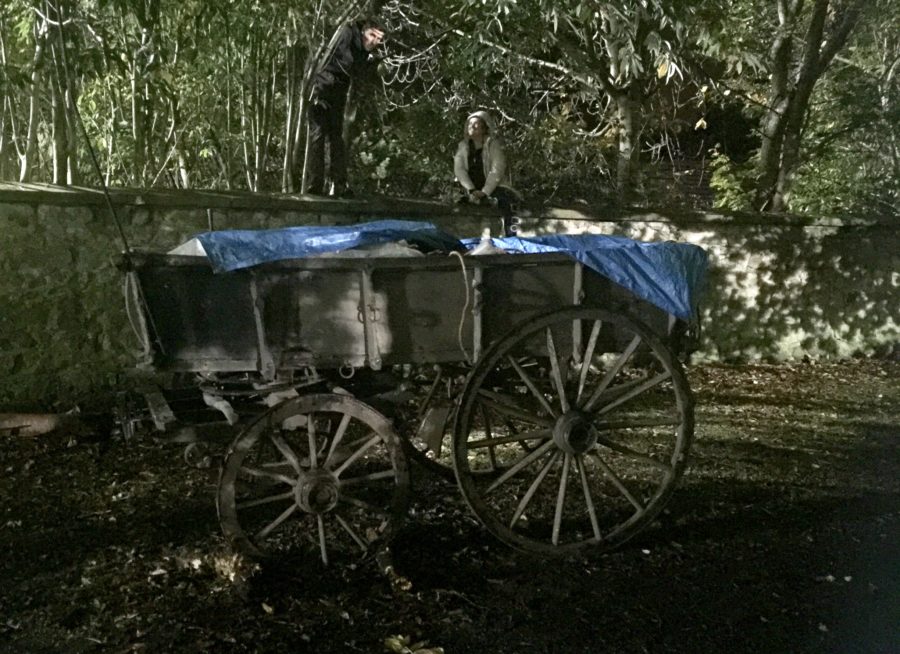 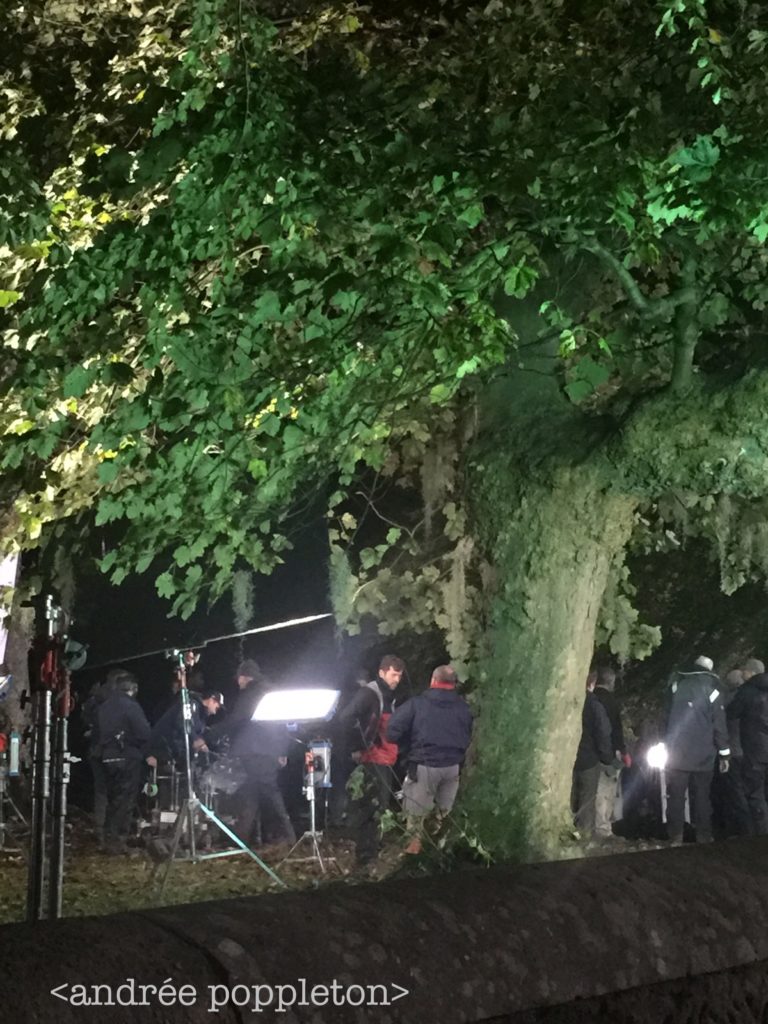 Those scenes were filmed over two nights and, when word got around, the spectator numbers swelled. On the second night, it was almost a party atmosphere complete with children and dogs, which created no small amount of mayhem for the security team.

That was one of the nights when I made a boo-boo, leaving just before midnight, and soon after that Sam Heughan came over to say hi to the assembled throng. You can’t win ‘em all. 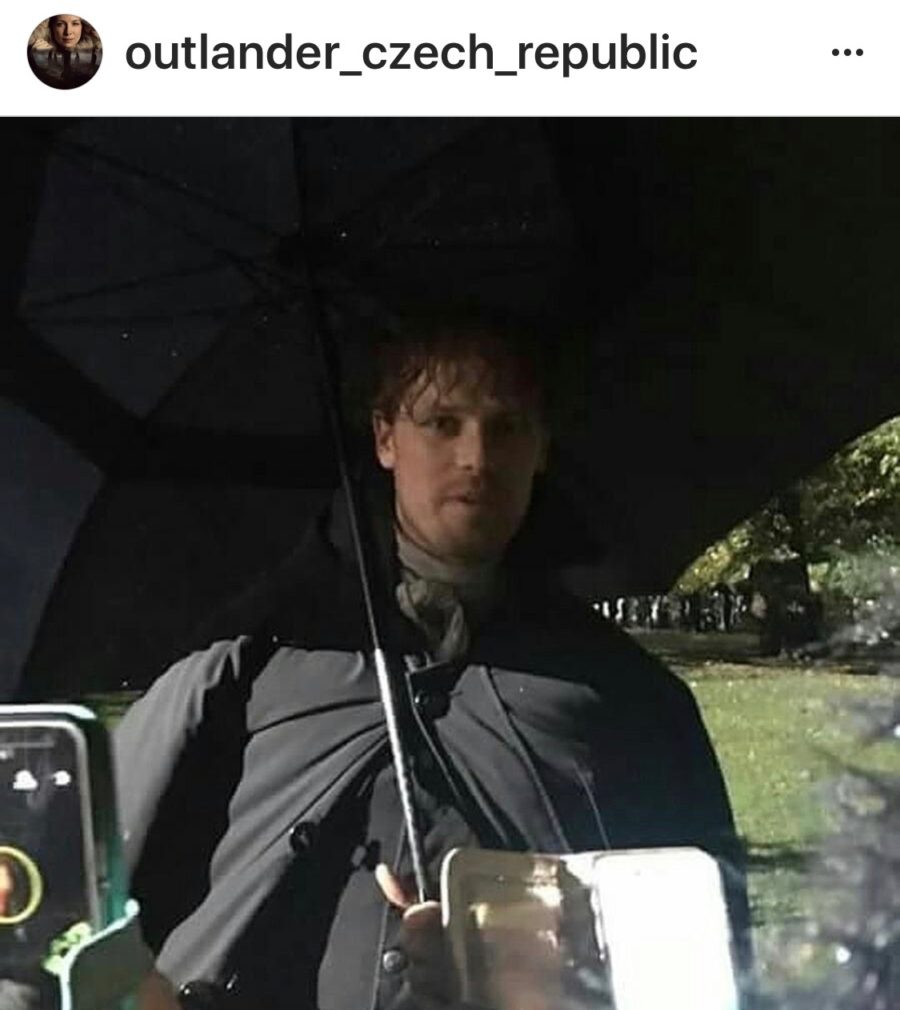 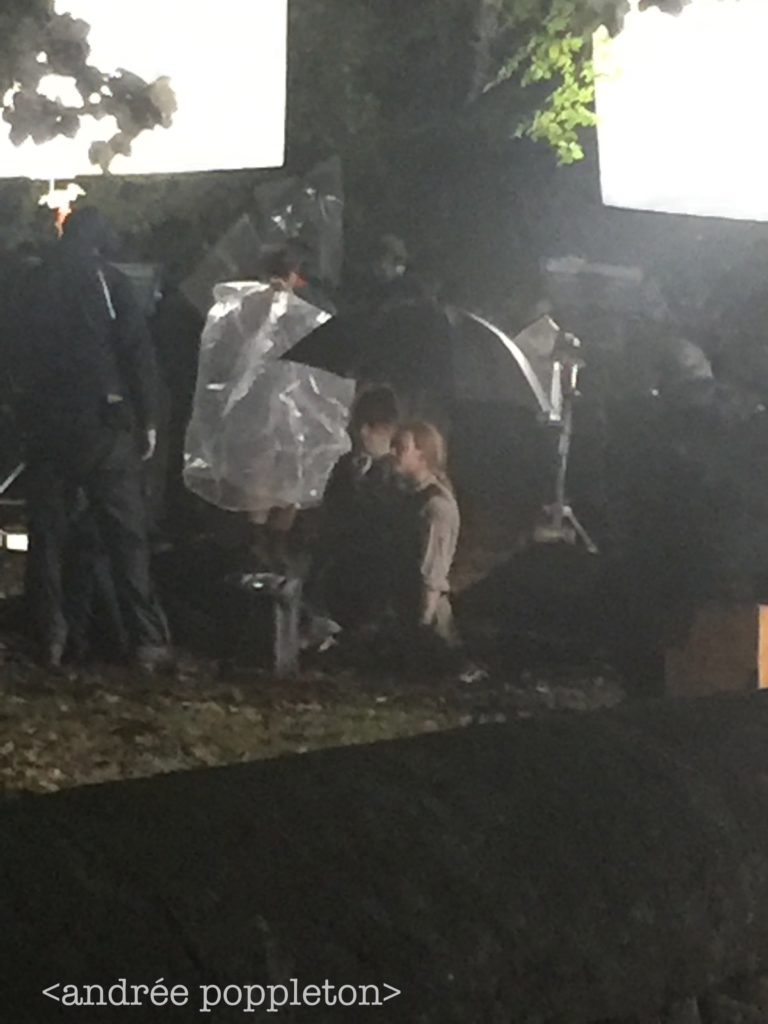 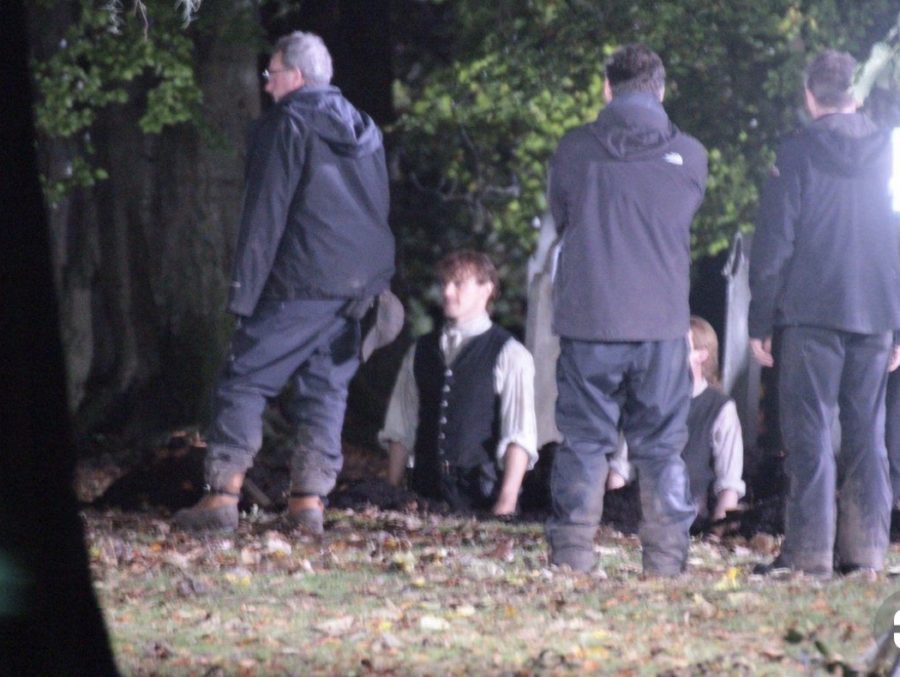 Strangely, it was our first sight of Rollo on set. Not sure whether they later changed the order of the scenes, but Rollo was there lurking about in the shadows. Maybe he was just practising being on set at night? 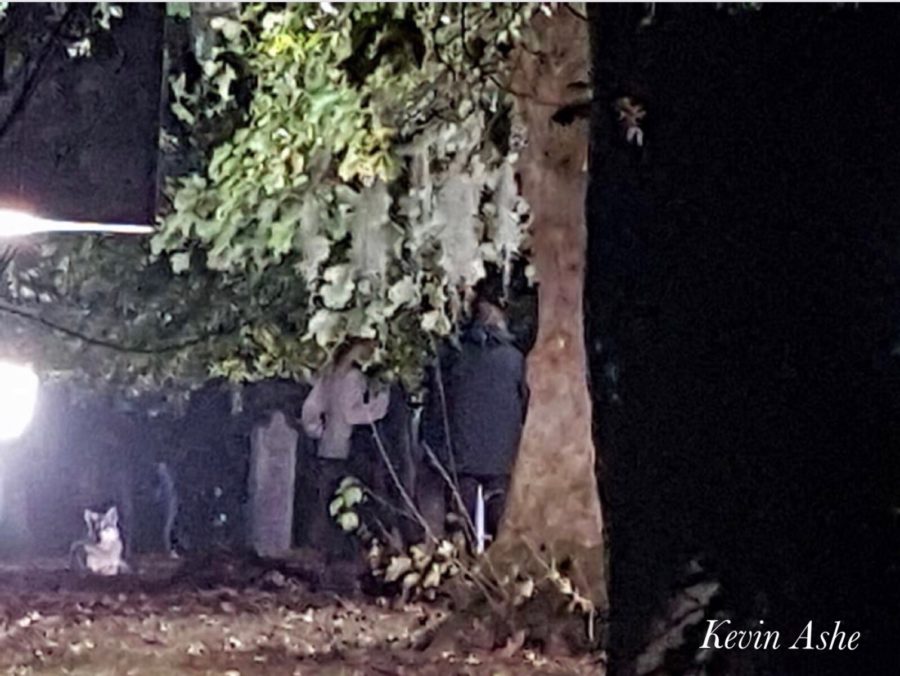 The National Trust for Scotland (NTS) is used to working with Outlanderand even has a dedicated staff member who organises all the filming (for Outlander and many other film projects) at their properties. The scenes with Governor Tryon where Claire shows off the ruby to good effect, and Jamie chats privately with the governor, were filmed at the NTS property, Newhailes House, near Edinburgh. 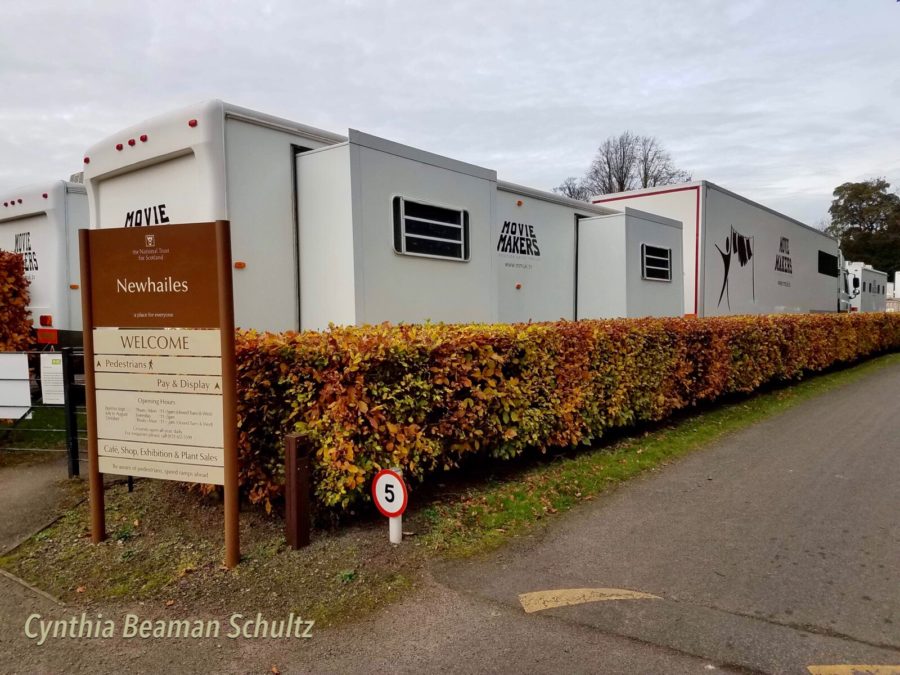 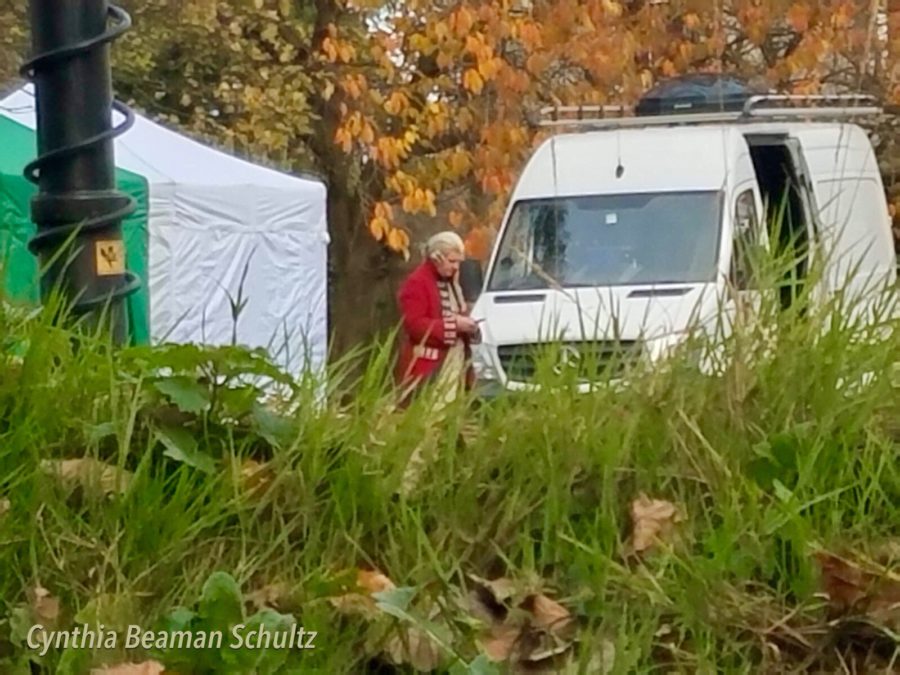 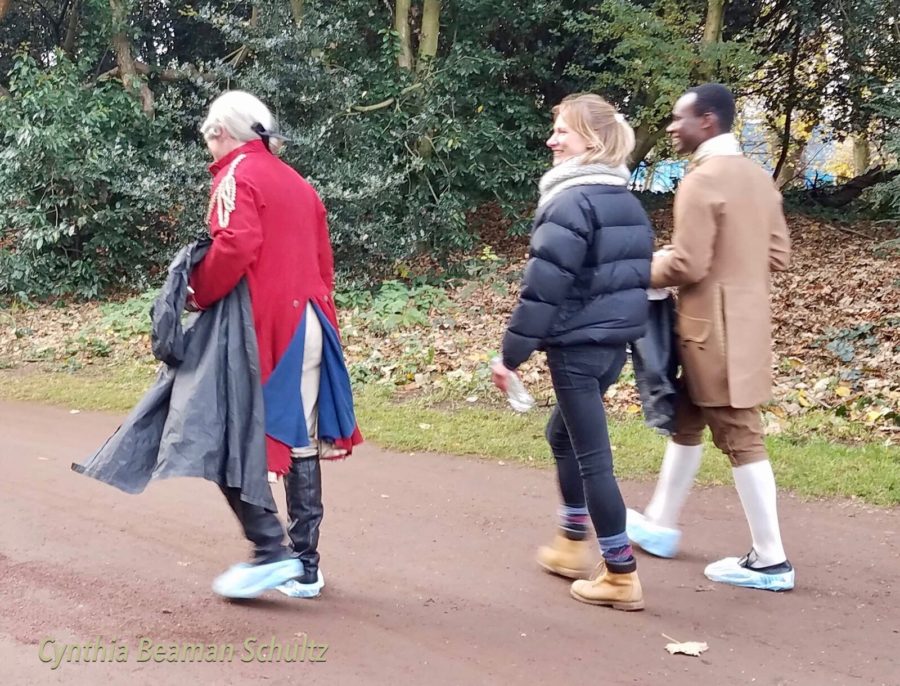 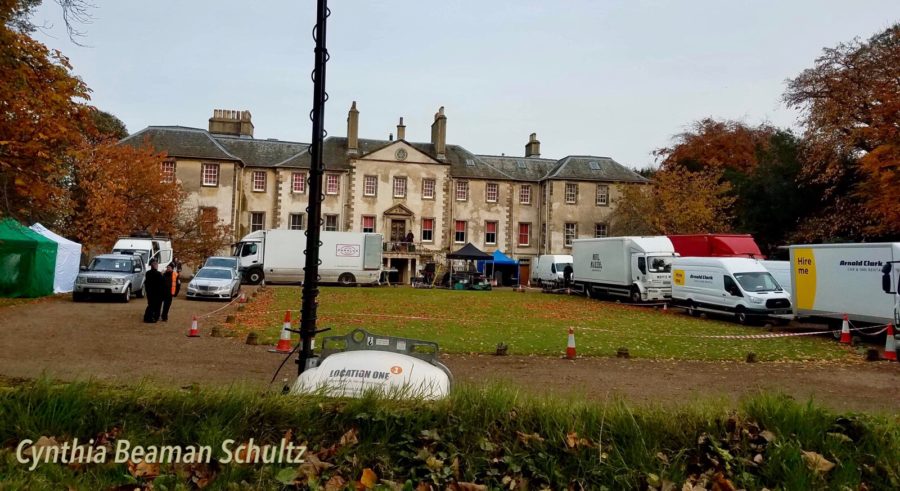 All the filming we’ve seen from Newhailes on our screens so far was indoors. Cynthia Beaman Schultz was there and saw all the comings and goings during the day and the evening. Sam Heughan came over to talk to her and her friend during a break, but she was so starstruck that she didn’t think to get a picture with him. You can relate, right?! 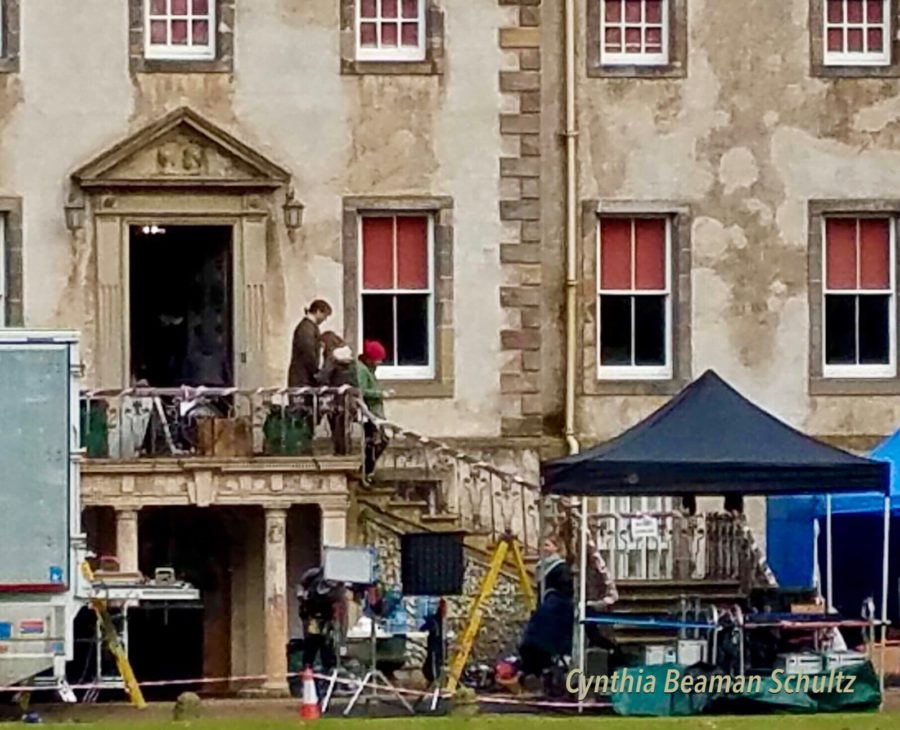 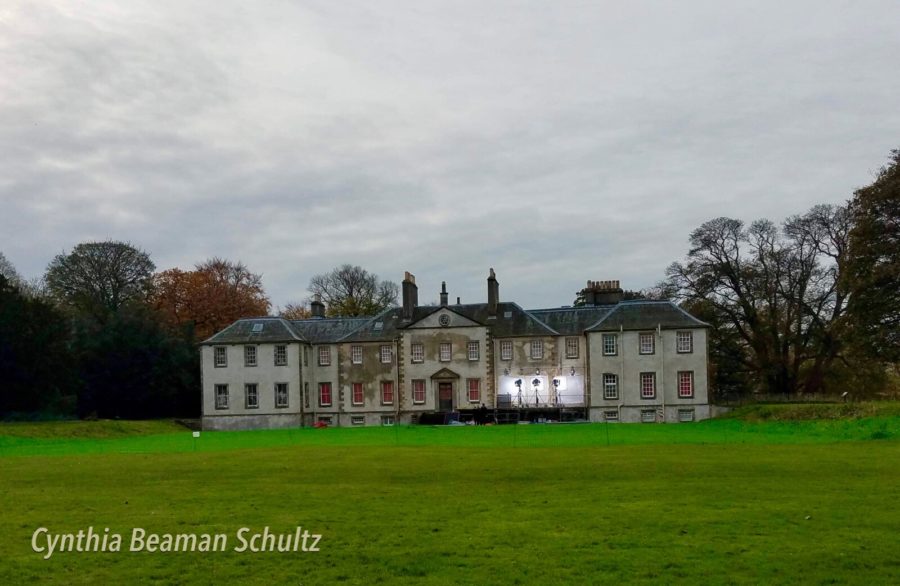 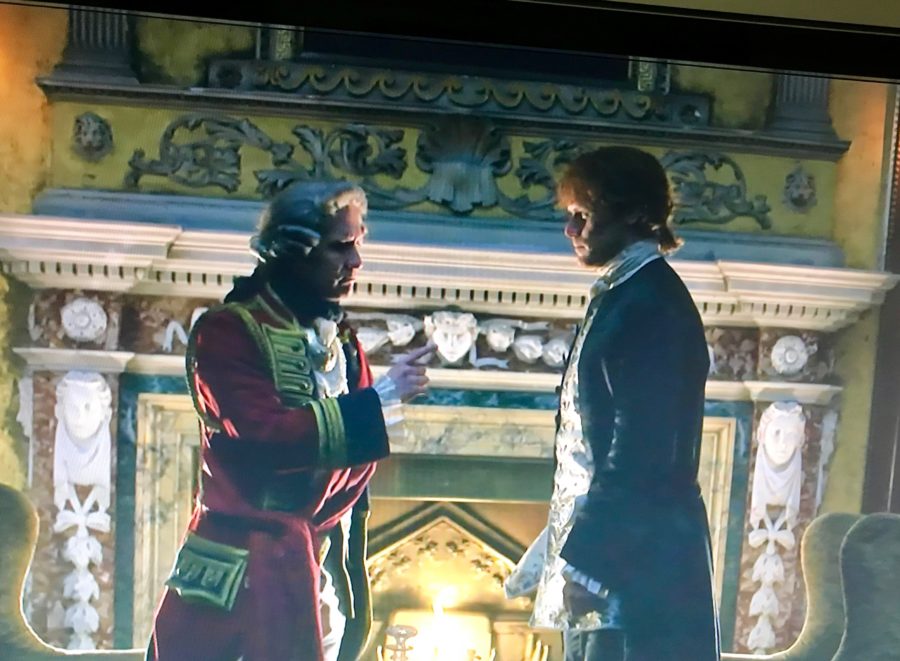 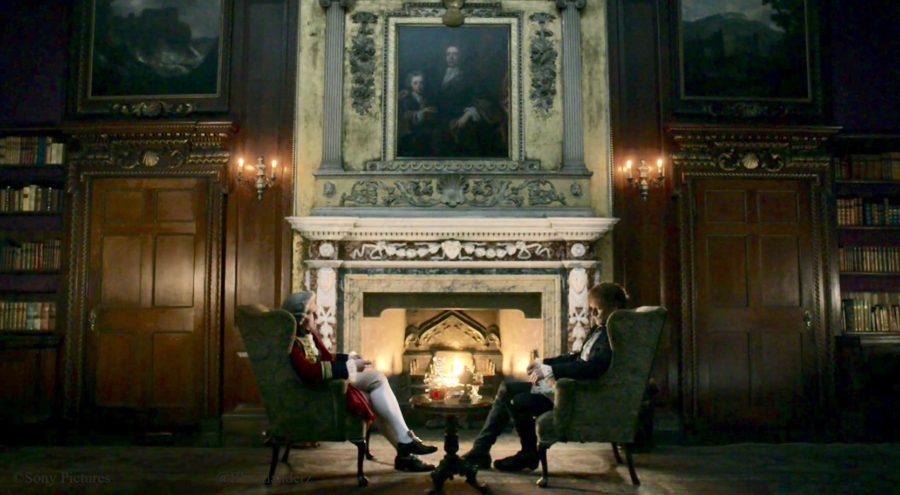 How about that upriver trip on the Sally-Anne? That river boat was “parked” outside “River Run” the day we visited, but they also did some green-screen filming on that boat in the car park outside the studio. Carol Murray and friends just happened to be strolling by that day. I’ve heard much commentary on the green screen for the river boat scene. Some people have said they really should go to a North American River. Besides the logistics of that, there are certainly rivers in Scotland that would also set that scene. But I have heard Ron D. Moore, and/or Matt Roberts say that as soon as you put actors on or in water, a whole Pandora’s box of risk and potential liability opens up. Perhaps they wanted to keep that box closed? So, maybe we could cut them some slack on that one, eh? 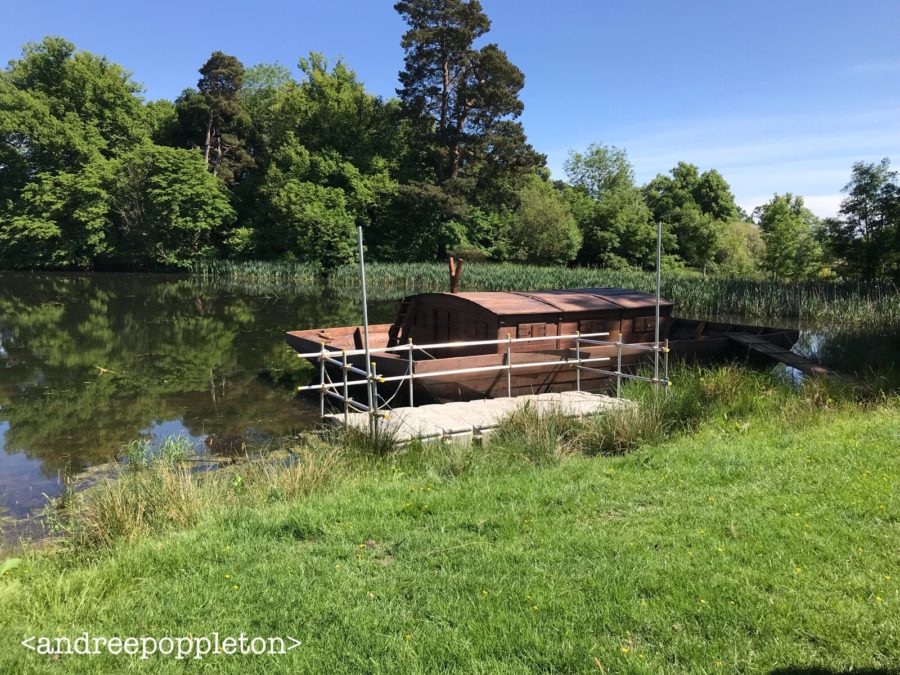 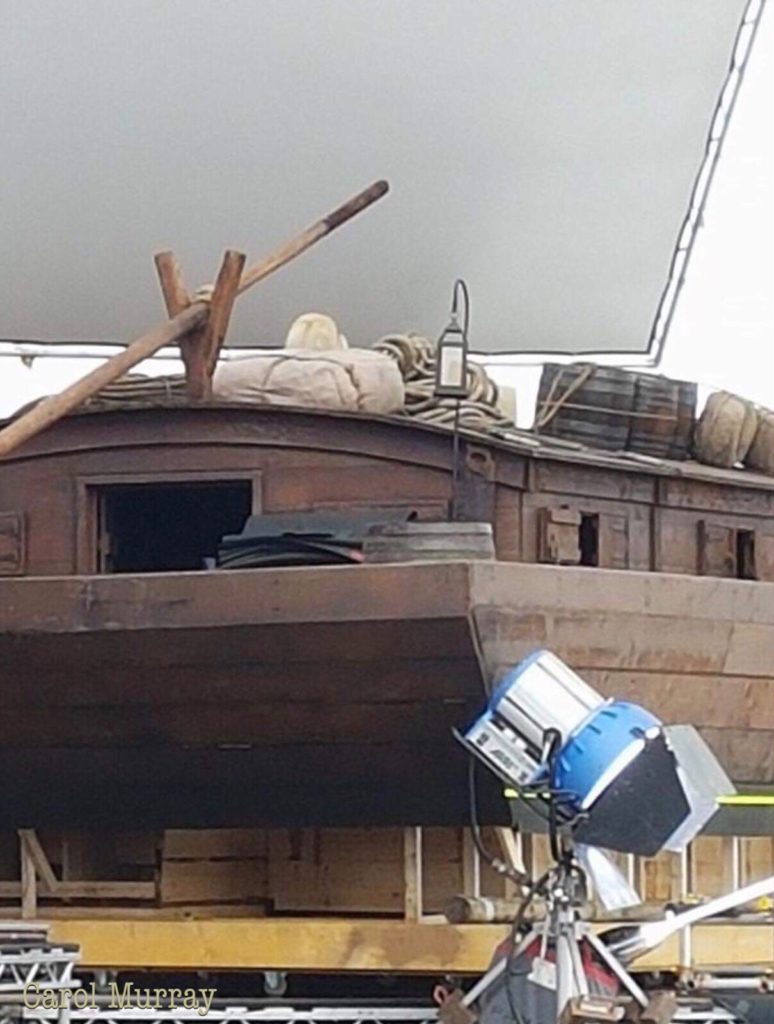 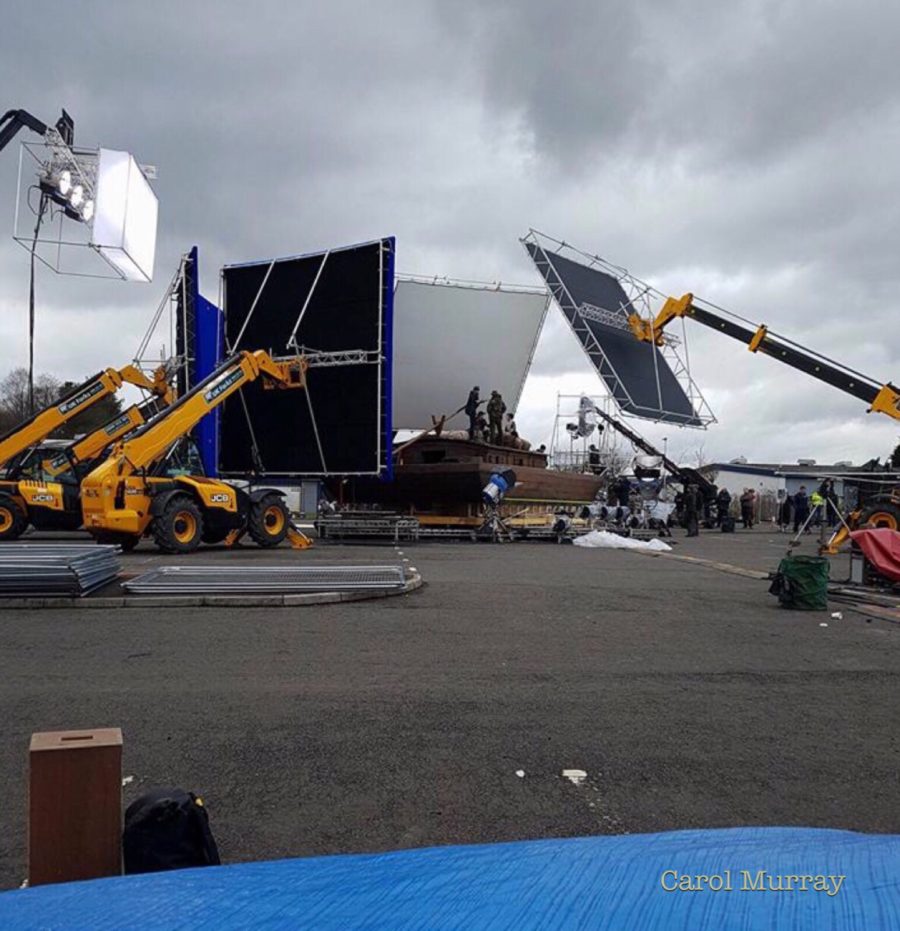 OMG ….. that ending! I was doubly traumatised by that because I had really been waiting to see what became of Lesley, played by Keith Fleming. You may recall that I interviewed Keith back in May 2018 and he was really close-mouthed about his involvement in OutlanderSeason 4. When I saw him in the trailers I was like, “Yay he made it to the new world with his Fraser pals!” But at the end of the episode, I was like “Oh, woe” and “boo-hoo.” He made it, but then it was curtains for poor Lesley, by the hand of our new resident psychopath! 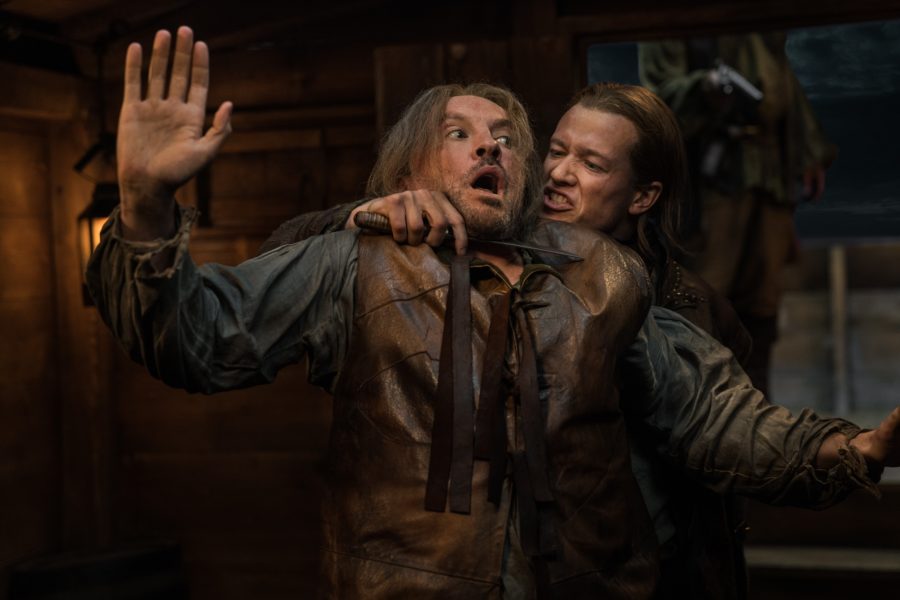 Luckily Keith has a flourishing career in theatre and is well known and respected in the Scottish and UK scene, so it’s not really the end of him. Hope we might see him at an Outlander convention sometime as he is a really charming and funny person. You can follow him on Twitter @dundlejuice and Instagram @dundlejuice (would love to know the origins of that moniker).

Outlander Episode 401 saw the demise of not one but two of our favourite supporting actors from Outlander Season 3. Farewell to James Allenby-Kirk (Gavin Hayes) and Keith Fleming (Lesley).

We’ll see where the action leads us next week. I’m hoping to be able to bring you some more pictures and stories from behind the scenes.

Have you watched live action filming of Outlander or another show? Any stories to tell? Outlander Retrospective – Behind the Scenes in Episode 406, ‘Blood of My Blood’