(first  posted at outlandercast in March 2019)
Even though #Droughtlander has set in, we can still enjoy some of Outlandish goings-on. Here are a few little somethings to tide us over — with a little help from my friends.

While Outlander fans everywhere were anxiously awaiting the announcement that Outlander Season 5 has finally started filming, keen fans on the ground in Scotland took to scouting around to see what’s afoot.

At Fraser’s Ridge, Claire and Jamie’s Outlander Season 4 cabin got an outer coating to face the rigors of the Scottish winter. But now, the covers are off and the cabin looks ready again to be used as a location. 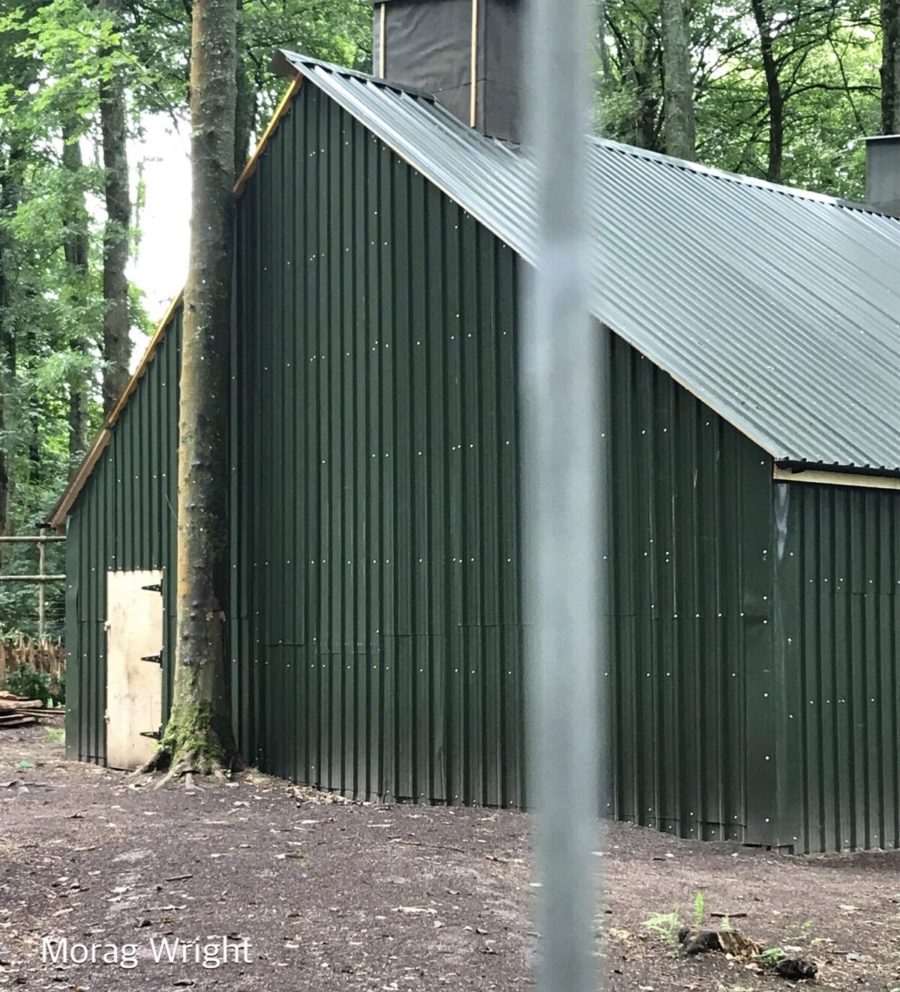 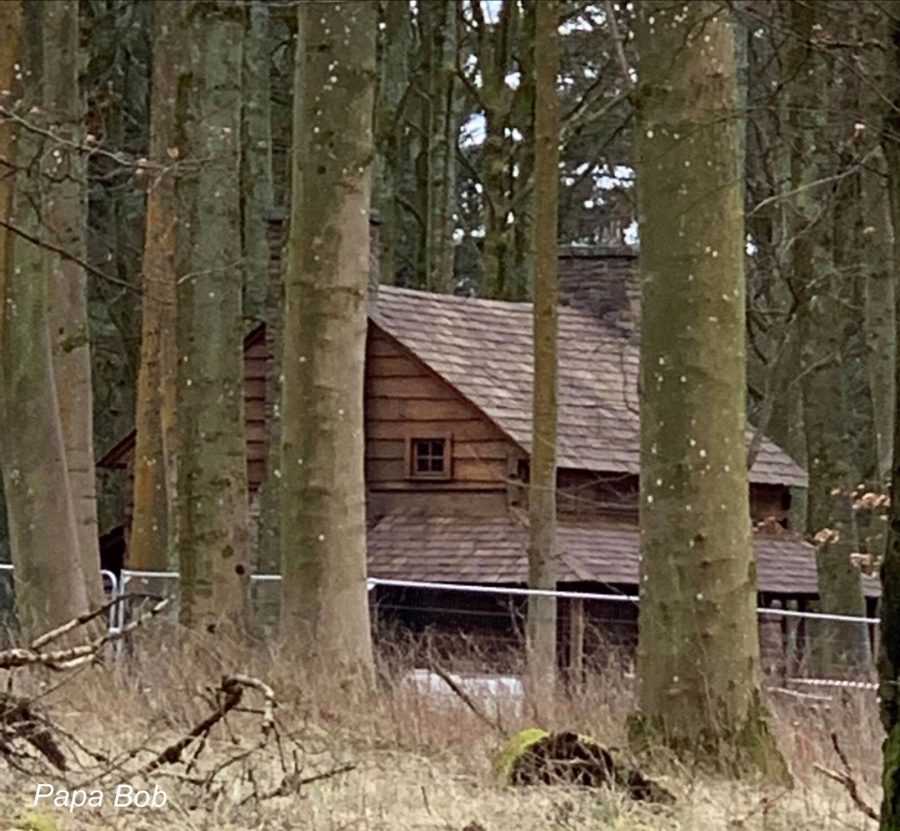 At “Wilmington” new building works have taken place, and the town has been expanded. Looks as if they will have a couple of new streets and buildings to use for different townscapes in Outlander Season 5. 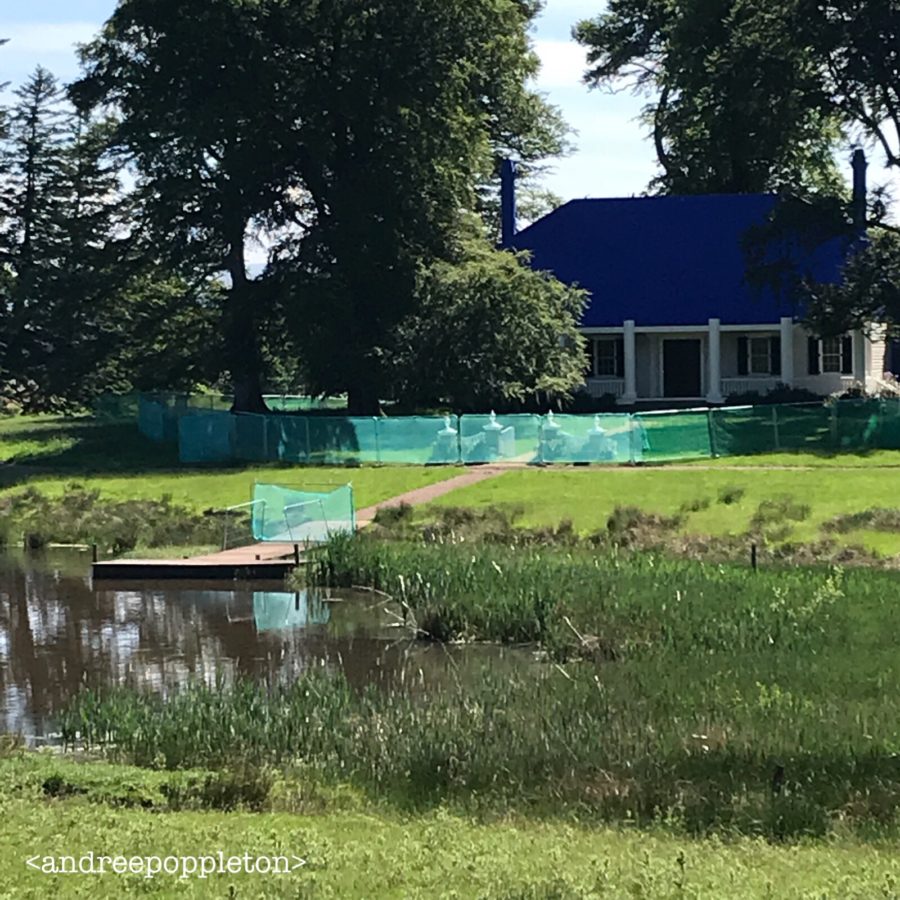 No intel on the location of the Big House yet. The suspense!

A New Outlander Tour Site to Add to Your Scotland Itinerary

Hunterston House in Ayrshire is now open for tours. You might remember that I visited there some time ago and wrote a post about it. At that stage tours were not available and I made special arrangements with the owner. But now, you can arrange private tours for a minimum of 4 people at a very reasonable £20 per person.

Sam Thomson of Edinburgh Tour Guides went there recently and shared these pictures. 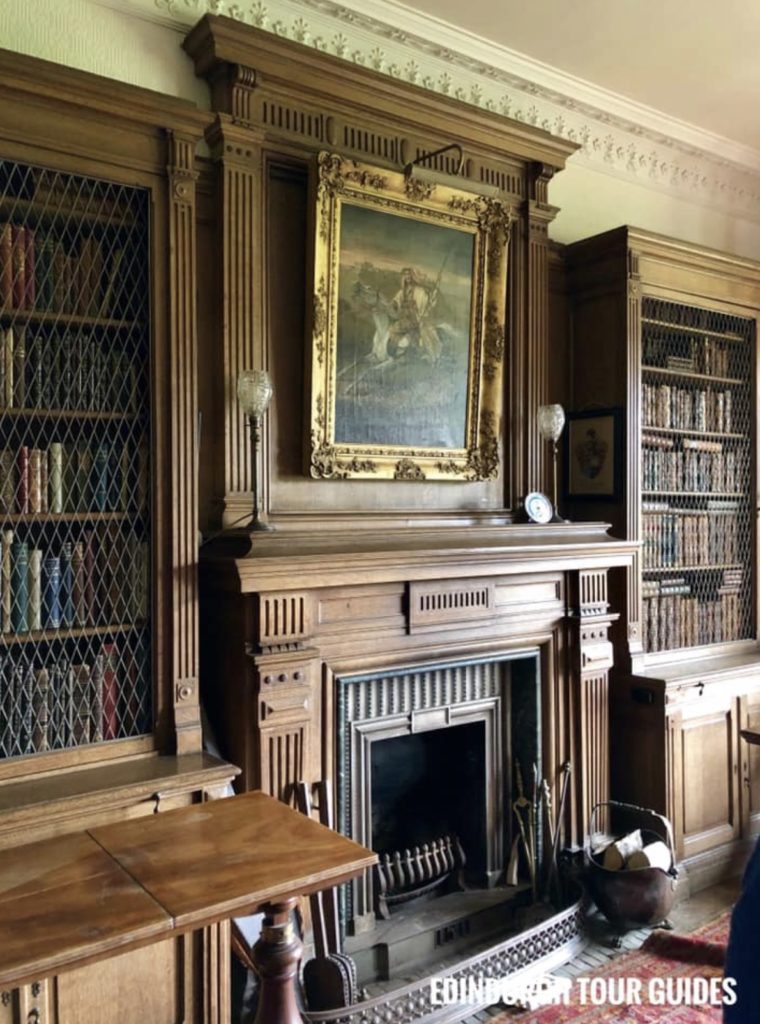 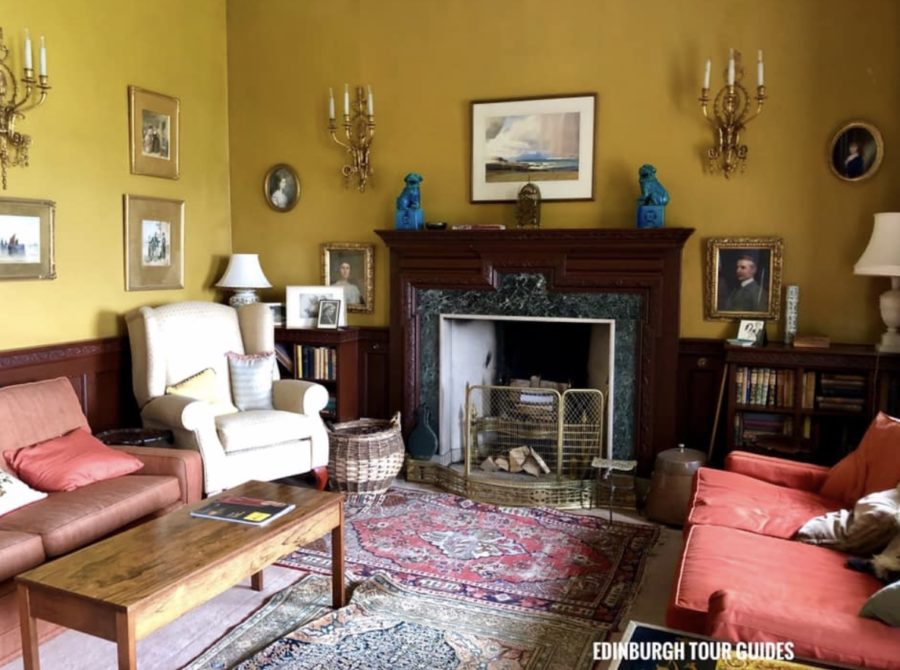 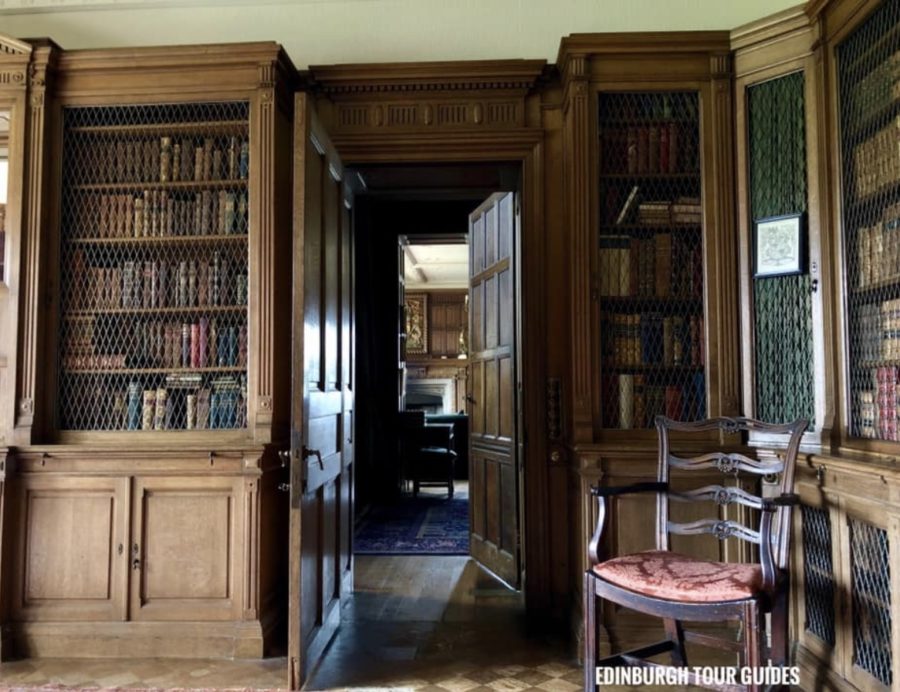 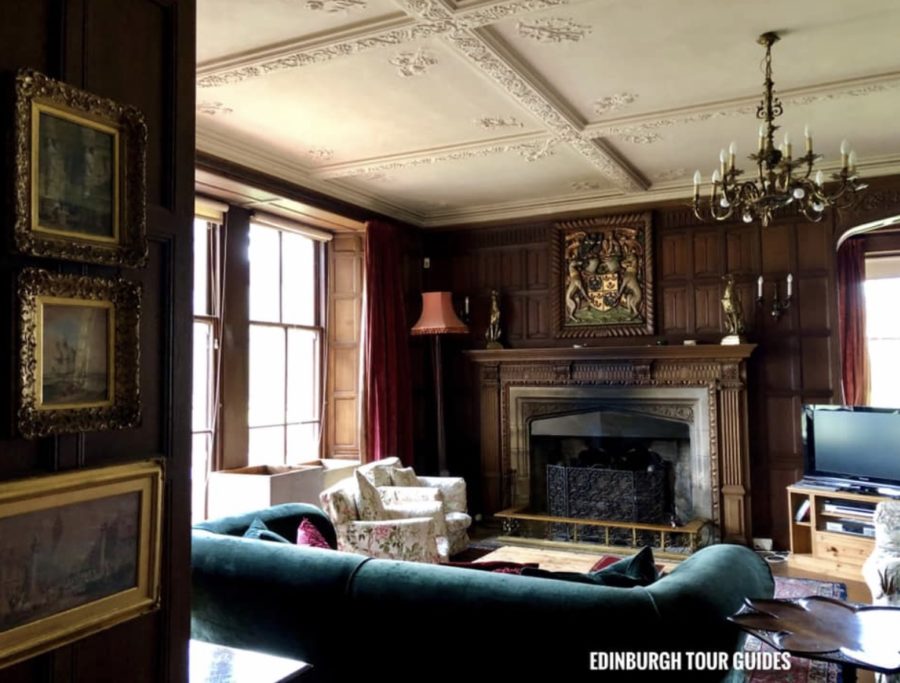 By now everyone knows that Diana Gabaldon has been gallivanting around Scotland basking in the glory of receiving a Thistle Award from Visit Scotland, the Scottish Tourism authority. The “Outlander Effect” is going strong. While it was a thing before the TV show started, it has blossomed and burgeoned with the advent of Outlander, the TV series. Tourism to Outlanderfilming sites is flourishing, with a corresponding impact on the Scottish economy. 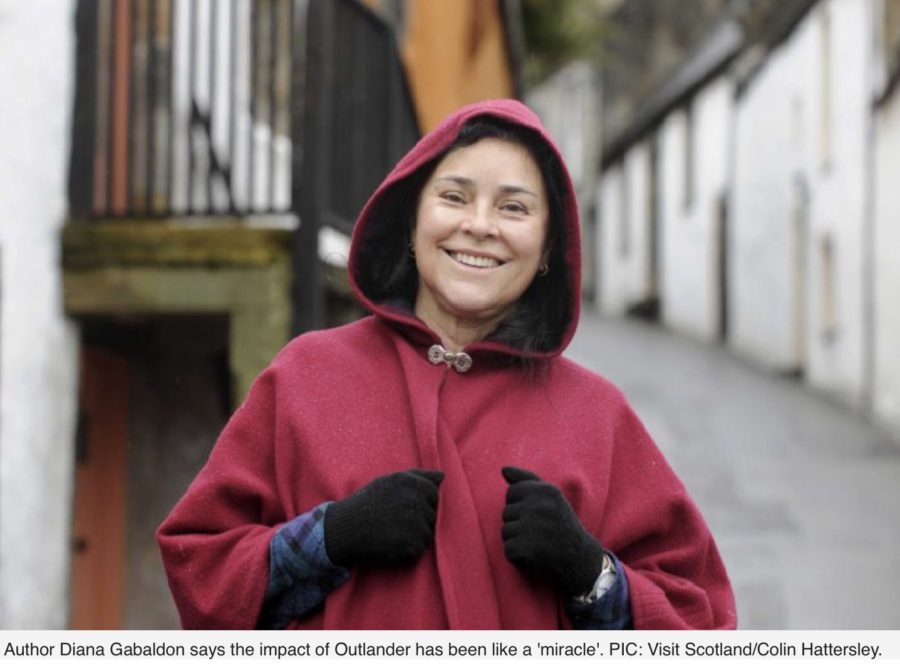 The award presented to Diana was a spectacular work of art. For those who haven’t seen, it here it is, commissioned by Visit Scotland and created by Scottish book sculptor, Thomas Wightman. 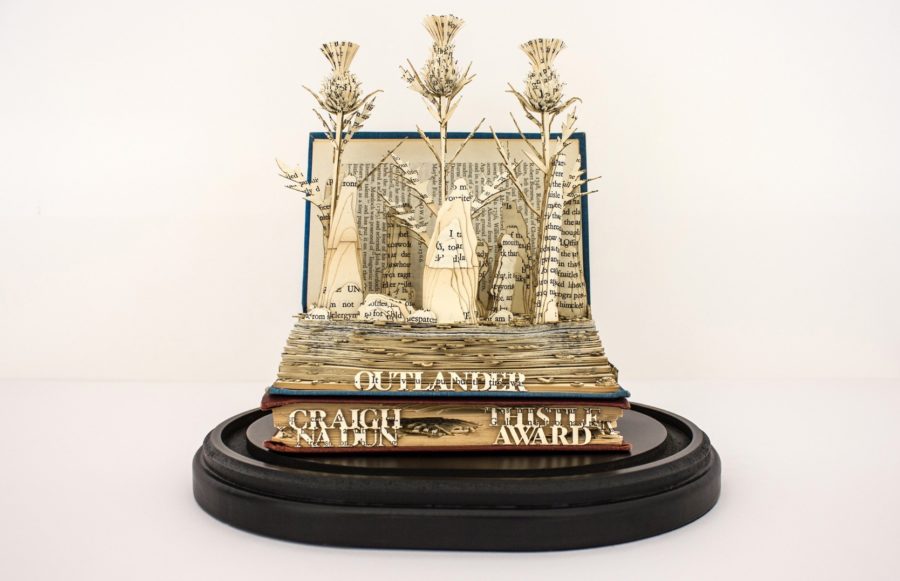 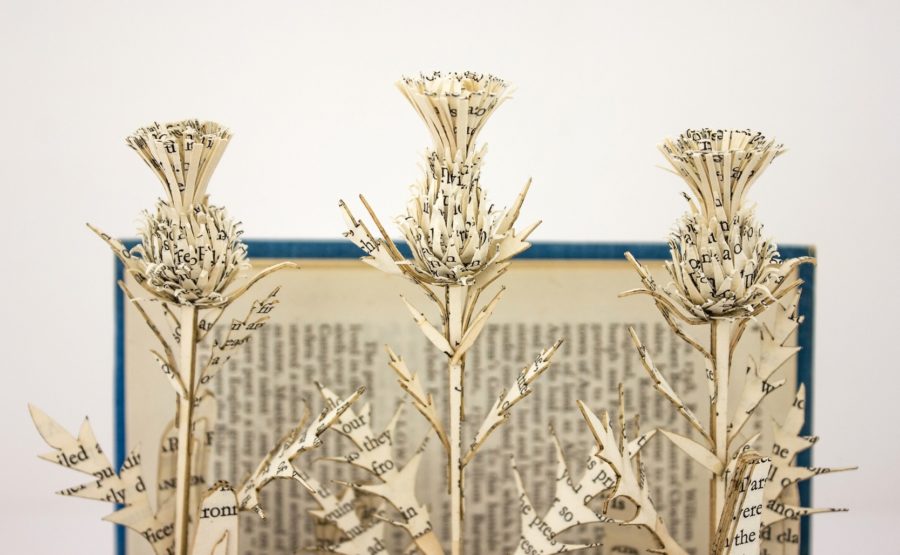 While in Scotland Diana held an intimate gathering at Hopetoun House– one of those very well known Outlander locations. Hopetoun House is a stately home on a magnificent estate which includes Midhope Castle (Lallybroch) and is very close to Blackness Castle (Fort William). Hopetoun House has been used in seasons 1, 2 and 3 of Outlander. The temporary home of the Duke of Sandringham, Jamie’s swordfight with the MacDonalds on the lawn, the stables area of Helwater where Geneva propostioned/blackmailed Jamie, and various outdoor scenes have been shot on the grounds. 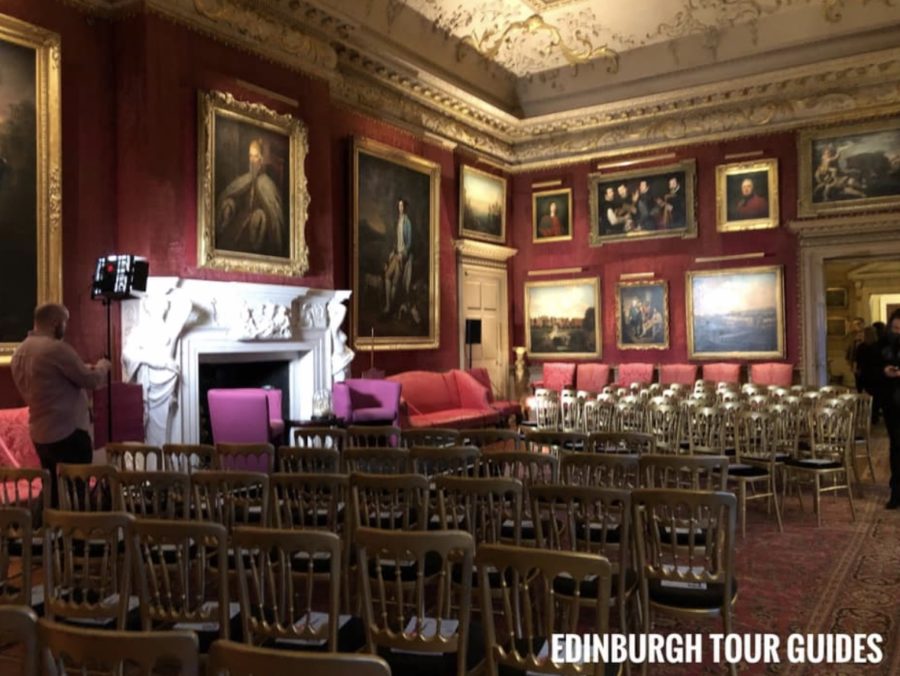 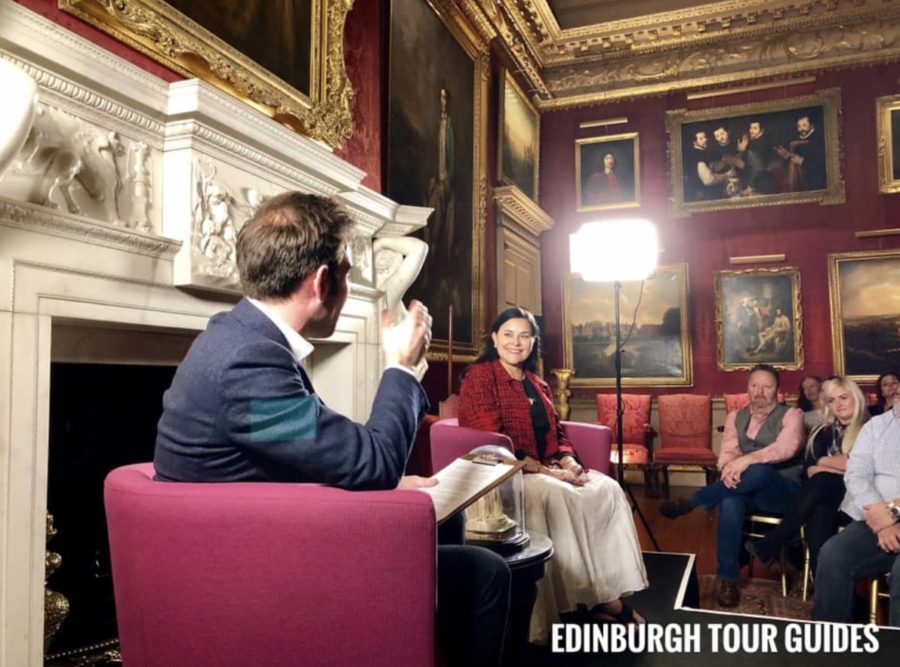 The evening with Diana Gabaldon was hosted by James Crawford broadcaster and chair of Publishing Scotland. The event was held in the very room where Claire, Jamie and Murtagh had their conversations/confrontations with the Duke of Sandringham. Angela Gourlay of Parkhead House and Sam Thomson of Edinburgh Tour Guides snapped up their tickets (which sold like the proverbial hotcakes) early, and here they are meeting Diana Gabaldon with their respective husbands. 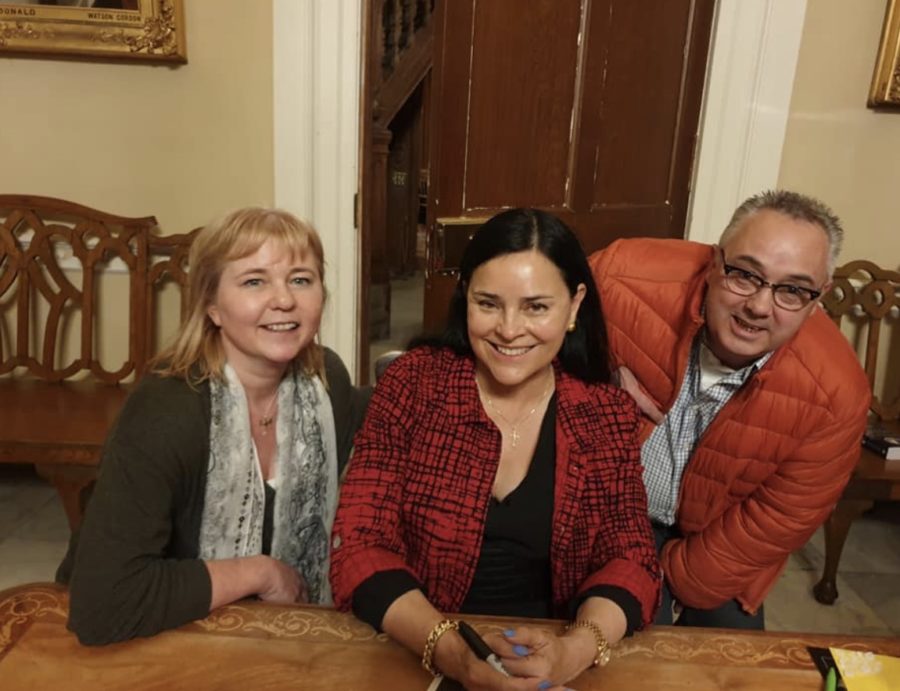 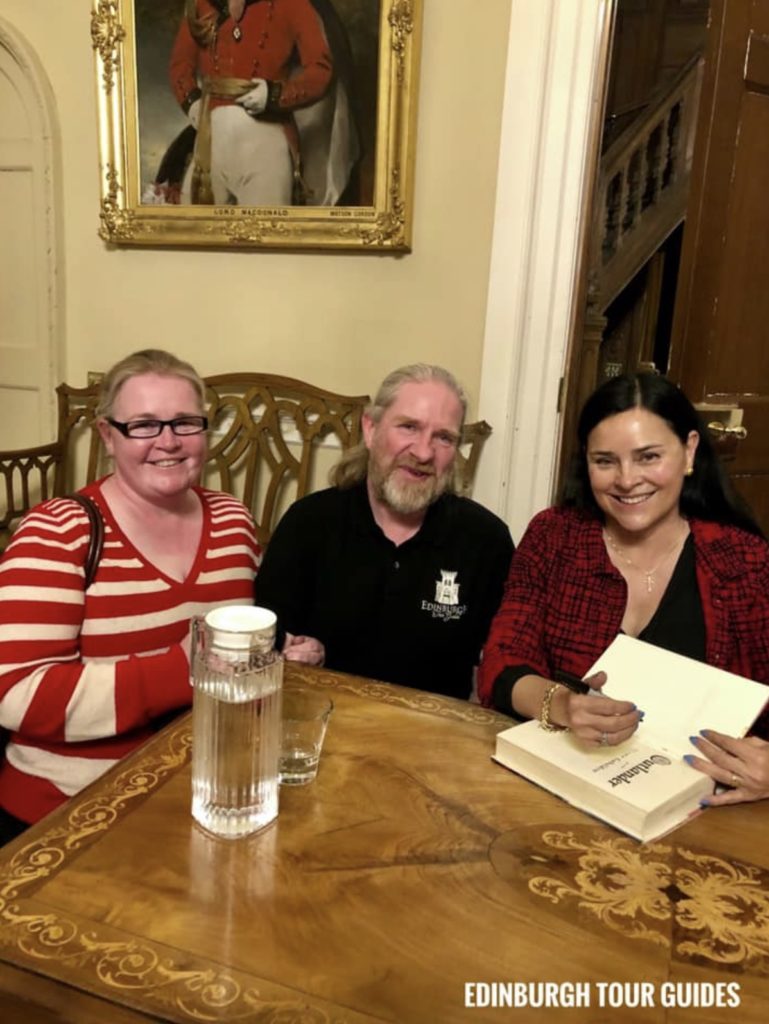 Superfan Graham Malcolm was on the spot too, and snapped these videos of the event where, among other things, Diana shares a bit about where she’s up to with “The Bees” — squeee! That’s gonna help a lot with the woes of #Droughtlander. Graham and his twin bother Stewart are well known in the Outlander world for their tireless efforts to help fans get autographs and other Outlander memorabilia.

Diana Gabaldon on the Final Frenzy for Go Tell the Bees That I Am Gone:

Diana Gabaldon on the question about keeping somebody alive who should’ve been killed off!:

Diana Gabaldon on the writing for Outlander:

Thanks to Graham Malcolm, Matthew Fairley, Morag Wright, Angela Gourlay, Sam Thomson and Papa Bob for their contributions to OutlanderUpdates

Such a well deserved award for Diana Gabaldon, who created this world which has us all hooked.